Zee TV recently presented Hamariwali Good News which showcases a heart-warming story that presents a unique role reversal between a daughter-in-law - Navya (Srishti Jain) and her mother-in-law - Renuka (Juhi Parmar) to give their family the much-awaited Good News. Versatile actress Juhi Parmar plays the role of Renuka in the show, who is the mother-in-law and the lifeline of the Tiwari family. Shakti Anand, on the other hand, is seen essaying the pivotal character of Mukund, who is Renuka's husband and Navya father-in-law. 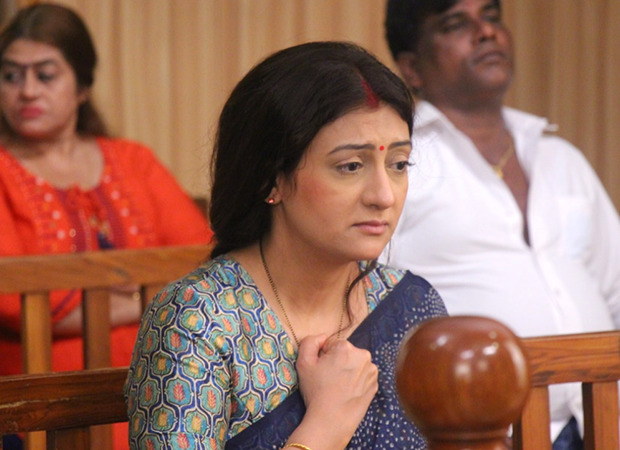 While we've seen a lot of drama take place at the Tiwari house over the last couple of weeks, the next few days will see some more high voltage drama as the Police arrest Renuka and put her into jail. We will also see Mukund coming under the influence of Buaji and handing Renuka a set of divorce papers just before she appears before the court to get bail. To make this crucial twist and jail sequence look authentic, our favourite actress really went the extra mile. Yes, Juhi went de-glam for the upcoming twist and we have to say that she aced the ‘no make-up’ look that she devised herself for the storyline.

As Juhi Parmar shared, “The upcoming track is very crucial in Renuka and Mukund’s life and it really shows the strength of my character, that even though she is being forced into a corner, she doesn’t lose hope. She goes through a lot of tough times, landing up in jail and also having to go to court due to my character’s ongoing divorce case with Mukund. To make this sequence look authentic, I felt that I should go ahead with a no make-up look. A character who is going through so much and who has also spent some time in jail can’t be powdered in makeup right? I feel that a no make-up look really adds value to the sequence as the audience feels your pain and emotions when they see your raw, innocent side which comes out better when you have a de-glam avatar in such scenarios. So, I suggested this to my creative team and they gave me the liberty to design my own de-glam look for the sequence.”

Also Read: Juhi Parmar gets a surprise on her birthday on the sets of Hamariwali Good News