As Jhalak Dikhhla Jaa 10 returned to television, celebrity contestants managed to glue the audience with their performances. In the upcoming weekend episodes, celebs will be seen performing on the hit songs of the 90s. While the episodes are awaited, promos are leaving fans asking for more, especially the one which features Terence Lewis and Nora Fatehi. 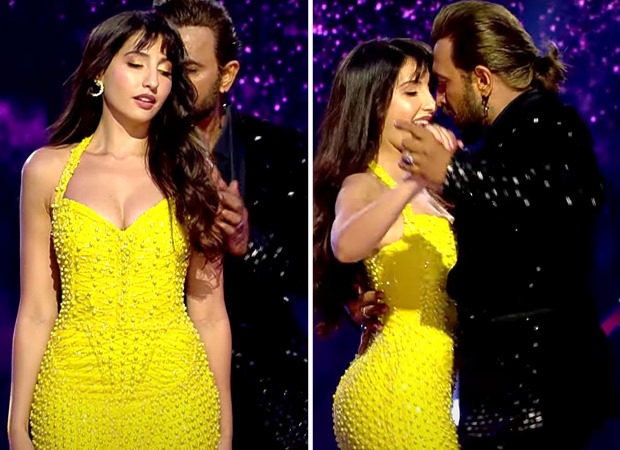 In one of the promos shared on Colors' official Instagram handle, Nora and Terence can be seen grooving on ‘Hothon Pe Bas’ from the film Yeh Dillagi, starring Saif Ali Khan and Kajol. Nora looked stunning in a yellow gown, and Terence sported a dapper look in a black suit. The duo flaunted their smooth moves and chemistry while dancing to the song.

As they dance, the audience in the background root for them. Meanwhile, Madhuri Dixit Nene also blew a whistle on the mic to express her admiration for the two. As soon as the video was shared on social media, fans flooded the comments section with fire emoticons. “These two are pyar,” wrote a fan, while another commented, “That was good”.

Well, this is not the first time when Nora and Terence have made headlines for being on the stage of a dance reality show. For the unversed, Nora had appeared as a guest judge on India's Best Dancer, where Terence was one of the judges. After the episode was broadcasted, a video had gone viral, which showed him inappropriately touching Nora.

Reacting to the same, Terence said, “It was a simple situation. Shatrughan Sinha and his wife had come. Geeta Kapoor felt that we had to do full namaskar to greet them. That week, Malaika Arora had COVID, and Nora stepped into her shoes. I said okay, fine. We did namaskar as respect, but suddenly, Geeta felt that it was not enough and wanted us to do more. So we followed her directions. I don’t even remember if my hand touched her (Nora), I don’t know even if it is really touching,” in Manish Paul’s podcast.

Also Read: Deven Bhojani talks about being ‘typecast as comedian’; says, “I am a versatile actor”