Marvel actor Jeremy Renner is currently in India shooting his Disney+ project, Rennervations. For the same, Anil Kapoor seems to be part of it and has been seen in several videos and conversations via photos and videos. The project is currently being shot in Alwar, Rajasthan. 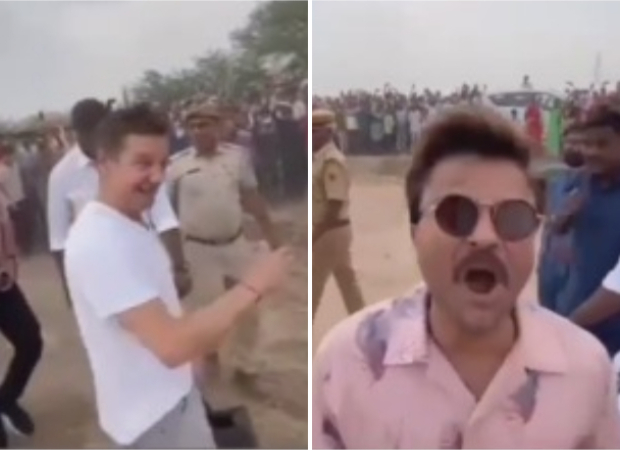 Jeremy Renner impressed by a huge crowd in Rajasthan as he shoots Rennervations, Anil Kapoor jokes people just wanted to see the chopper

Anil took to his Instagram Stories on Monday to share videos from his visit to Rajasthan and when he and Jeremy got meet a crowd gathered to see them. The video showed the actors stepping out of the car and waving at the fans. Jeremy's team member said that ‘this is crazy,’ while the Marvel star was ready to hop onto a chopper.

Anil then joked that the crowd was gathered to see the chopper and not them. “The crowds not for us guys it’s for the chopper,” he quipped.

Back in February 2022, Disney+ announced Rennervations backed by Jeremy Renner. According to Deadline, the story follows Jeremey Renner as he travels to world to help communities. "Behind the big screen, Jeremy is a construction aficionado. He is heavily invested in the highly creative fabricator culture that exists across the globe and hopes to change lives with these skills and inspire others to do the same,” per Disney.

Meanwhile, Anil Kapoor is gearing up for the release of Jugjugg Jeeyo.

ALSO READ: From shooting with Anil Kapoor to playing cricket and riding a truck, this is what Jeremy Renner did in India