Jasmin Bhasin, TV actress and the Bigg Boss 14 fame, is super active on social media. She likes to glimpse into the world of her glam. She has been enjoying the summer already and flaunting her easy breezy wardrobe. 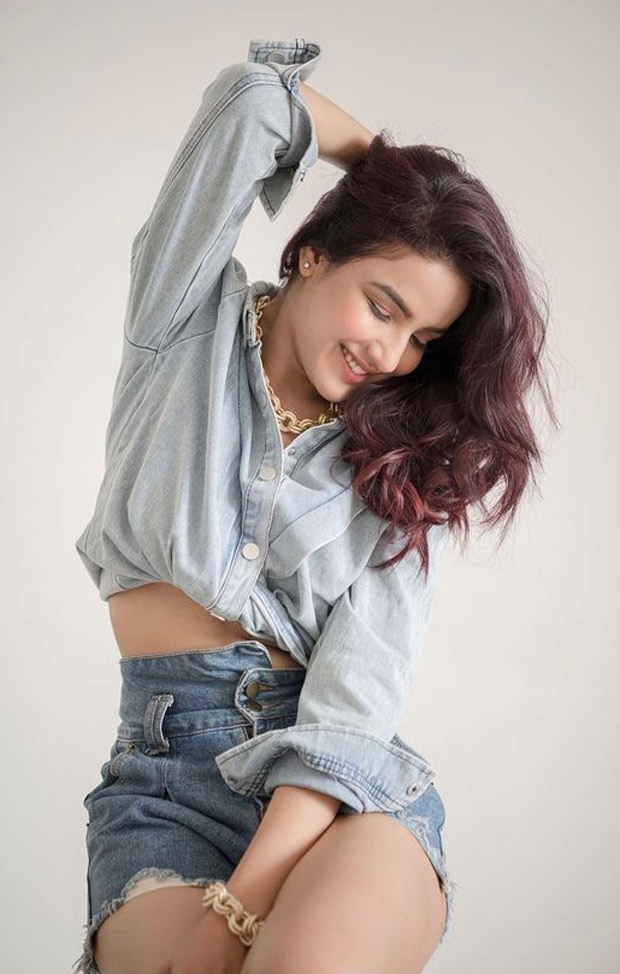 Recently, Jasmin Bhasin shared an Instagram post of herself in a whole denim outfit. She wore a light blue denim overshirt paired up with dark blue denim shorts.

She added minimal touch of makeup and kept her hair messy! To make the look more attractive, she decided to add a gold pleated choker chain and a bracelet as her accessories. Her look was styled by Naomi Chowdary.

On the work front, Jasmin Bhasin was last seen in the song ‘Pani Di Gal’ with Maninder Buttar.