Janhvi Kapoor often takes the internet by storm with her pictures. The gorgeous diva enjoys a massive fan following on Instagram and her feed is simply soothing to watch. Taking her Instagram game on point again, the actress posted a series of breathtaking pictures. 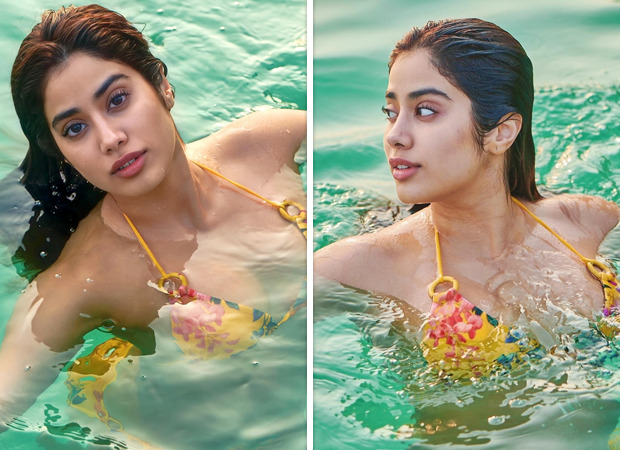 In the pictures, Janhvi can be seen posing in a swimming pool donning a yellow floral print bikini. All her pictures are shot from EC (extremely close) shot and she can be seen giving some really killing expressions. Sharing the sizzling pictures, Janhvi in the caption wrote, “arcadia – findin my way back to ya,”. Soon after she dropped the pictures, her loved ones from the industry including Maheep Kapoor, Manish Malhotra and others dropped comments appreciating her beauty.

Meanwhile, on the work front, Janvhi wrapped up shooting for her upcoming movie Milli that is produced by her dad Boney Kapoor. She will also star in Good Lucky Jerry, a Hindi adaptation of the 2018 Tamil film Kolamavu Kokila, produced by Aanand L. Rai

ALSO READ:Janhvi Kapoor poses in a sexy kaftan created by Manish Malhotra in the middle of the desert, see photos