Janhvi Kapoor is just one film old and has been in the news ever since her debut for all the right reasons. She is probably the only new-age celebrity that has 6 projects lined up in her kitty and is all set to be seen in Gunjan Saxena – The Kargil Girl next. All the projects that she has signed look extremely promising. The fans can’t wait to see her portraying versatile roles so early in her career. 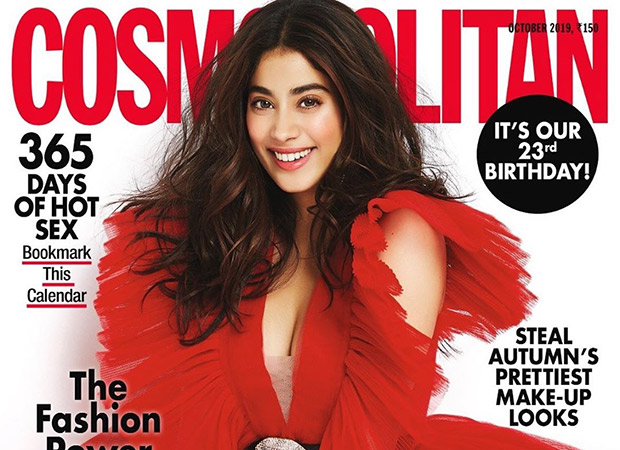 Gracing the cover of Cosmopolitan for their 23rd anniversary, Janhvi Kapoor is all smiles in a stunning red outfit by Giambattista Valli. Making us fall in love with her all over again, Janhvi Kapoor opted for minimal makeup and let her locks down in a messy hairdo. The picture aptly describes Janhvi’s bubbly nature as she smiles like a goofball!

Take a look at the cover that she posted on her Instagram with the caption, “HBD Cosmo!! Thnxxxx for making me feel cute on your birthday ????????”.

Also Read: Janhvi Kapoor’s latest workout video is all the mid-week motivation you need to hit the gym!