Bollywood actress Janhvi Kapoor was seen wearing an arm sling outside a Mumbai gym after injuring her hand. When a paparazzo account uploaded a video on Instagram, her fans were alarmed and left "get well soon" wishes. 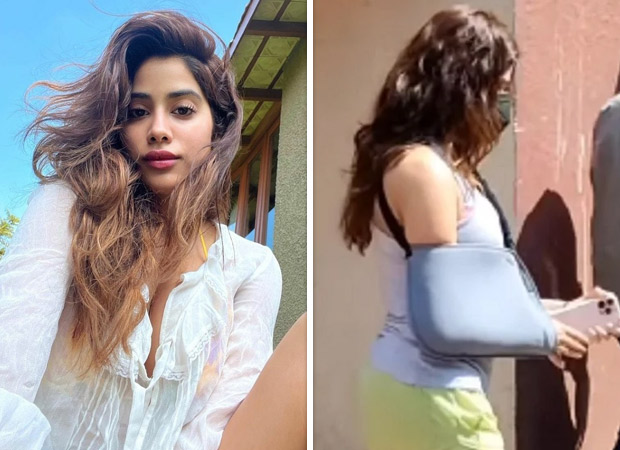 Janhvi Kapoor was seen walking towards her car in the video. She was donning lilac razor back t-shirt and neon shorts.

Mr. and Mrs. Mahi, Janhvi's next film, is currently under production. She recently started prepping for the film with Rajkummar Rao at a cricket camp. The film, which is produced by Karan Johar's Dharma Productions and directed by Sharan Sharma, also stars cricketer Dinesh Karthik.

Janhvi Kapoor previously collaborated with Sharan in Gunjan Saxena: The Kargil Girl. Rajkummar and Janhvi, on the other hand, previously worked together in the horror-comedy Roohi. Mr. and Mrs. Mahi will be released in theatres on October 7.

Janhvi just had a great Instagram interaction with Deepika Padukone. She posted a photo of herself earlier this month and stated she was listening to Ella Fitzgerald's music on repeat. Deepika interrogated her in the comments section, asking why she wasn't listening to the title single from Gehraiyaan. Deepika's next film, Gehraiyaan, will be released online on February 11th.

Janhvi has a few other projects in the works, including Good Luck Jerry, Milli, and Mr and Mrs Mahi. Dostana 2 and Karan Johar's ambitious project Takht are among them. Kareena Kapoor, Ranveer Singh, Anil Kapoor, Vicky Kaushal, and others will also appear in Takht.