Actress Janhvi Kapoor on June 30 shared a goofy video on her Instagram while working out with sister, Khushi Kapoor. The actress and her sister were working out at a pilates studio in Mumbai. Janhvi was seen helping her sister with some particular exercise but the girls couldn’t concentrate on anything. 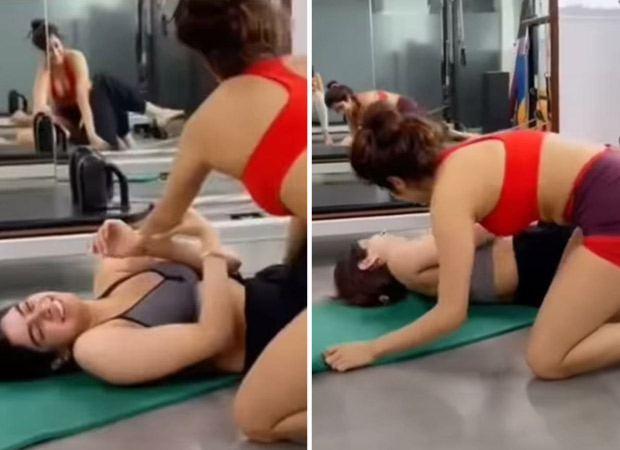 In between the workout, Janhvi Kapoor can be seen laughing and asking Khushi to get up. Khushi, on the other hand, is seen laughing out loud and rolling on the floor at this. The Dhadak actress shared the video on her Instagram story. Sharing the video, Janhvi wrote a sarcastic and hilarious caption, “We are really serious about our workouts.”

On the work front, Janhvi Kapoor will be next seen in Karan Johar's Dostana 2 and Good Luck Jerry. She was last seen in horror-comedy Roohi, co-starring Rajkummar Rao and Varun Sharma.

Also Read:Janhvi Kapoor makes everyone swoon over her as she posts black and white picture in backless outfit