Janhvi Kapoor, who made her debut in 2018, has a large fan following on social media. She regularly posts stunning pictures of herself from her photoshoot. Recently, she had shared gorgeous pictures of herself dressed in bridal wear. While the end results are remarkable, Janhvi recently gave a glimpse into what goes on behind the scenes of these photoshoots. 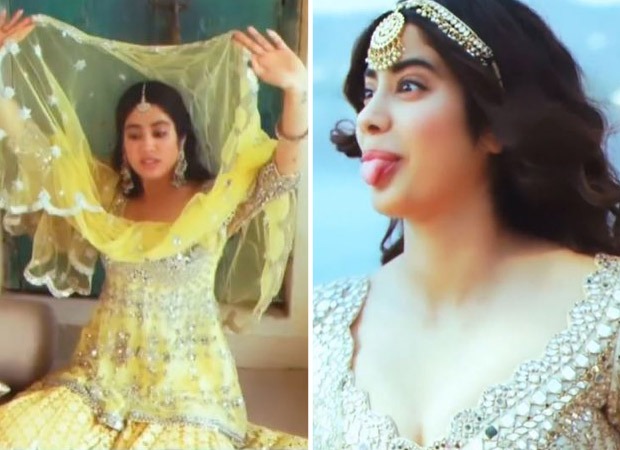 On Thursday, Janhvi shared a throwback video shot on the sets of one of her photoshoots on Instagram. From breaking into impromptu dance moves to sticking her tongue out, Janhvi is having fun while getting clicked. The video in which Janhvi is seen in various traditional outfits begins with the photographer asking Janhvi to look at the camera. To which she replies, "Mujhe nahi dekhna (I don't want to look)". She is then seen dancing to 'Chalte Chalte Yun Hi Koi' and laughing out loud.

She captioned the video as, “#throwback”.

Meanwhile, on the work front, Janhvi recently wrapped the shooting for her upcoming film Good Luck Jerry with Aanand L Rai. It is the Hindi remake of the 2018 Tamil film Kolamavu Kokila. She will also be seen in Dostana 2 with Laksh Lalwani and in Karan Johar's directorial Takht.