Janhvi Kapoor is long done filming for Roohi Afzana, her very first horror comedy where she will be seen playing a double role. The film, which was earlier releasing on April 24, has now got a fresh release date. The film now hits the theatres on June 5, 2020. 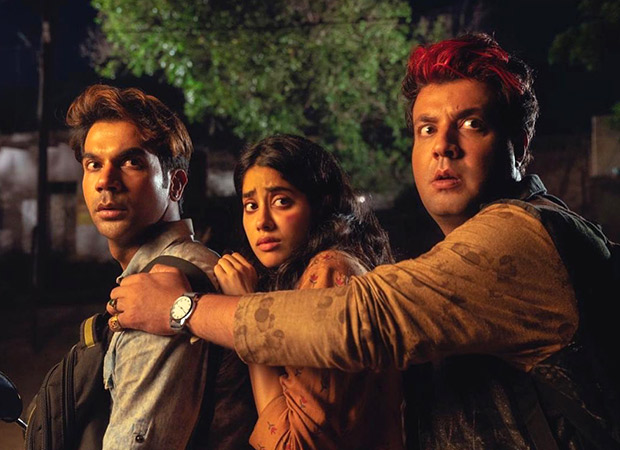 Janhvi took to Instagram to share a still from the film. She, Rajkummar and co-star Varun Sharma are seen sitting on a bike, all sporting a frightened look. "It's going to be a hilariously-chilly ride! #RoohiAfzana will now take over the big screen on 5th June 2020," she wrote.

The development took place after producers Karan Johar and Dinesh Vijan met and changed release dates for their respective films Gunjan Saxena: The Kargil Girl and Angrezi Medium. Angrezi Medium, which was earlier supposed to come on March 20, was shifted to March 13. Gunjan Saxena, whose original release date was March 13, took April 24, as its new release date.

Now that all films have a spacious window to perform at the box office, we hope everyone's hard work pays off!