The next generation of Kapoor family is making their way to Bollywood. The late actress Sridevi and Boney Kapoor's daughter Janhvi Kapoor is all set to make her debut with Dhadak this year. The actress has already completed her film and is set to begin the full-fledged promotions. While this is her first film, Janhvi Kapoor is not new to the limelight. The upcoming actress has always been in the spotlight, courtesy her famous parents. But, in the last two years, she has become a paparazzi favourite and has often been snapped out and about in Mumbai. 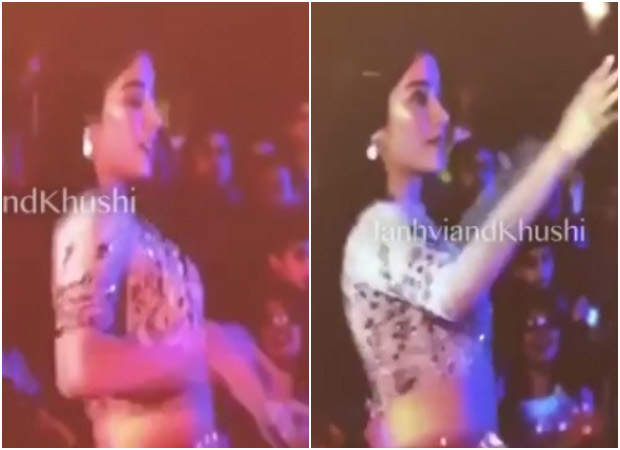 In her latest viral moment, Janhvi Kapoor's old video from a wedding has become the talk of the town in which she is seen dancing. From it seems like, Janhvi was at a family wedding where she along with several other girls danced on Ishaqzaade song, 'Jhalla Wallah'. The song is picturized on Gauahar Khan and Parineeti Chopra. The film marked the debut of Janhvi's elder brother Arjun Kapoor. Interestingly, she is also set to make her debut this year.

In the past few months, Janhvi Kapoor and her sister Khushi Kapoor have grown closer to their half-siblings, Arjun Kapoor and Anshula Kapoor. Arjun and Anshula stepped up to be by their sisters and father's side after the sudden demise of veteran actress Sridevi. As the bond is getting stronger, they are often seen at family events, vacations and dinners together. Just recently before the trailer launch of Dhadak, Arjun Kapoor had shared a heartwarming post for Janhvi Kapoor. In the post, he gave his best wishes to his sister and promised her to always be by her side.