Jacqueline Fernandez has been juggling between shoots having signed 3 big ticket films back to back. Of these, the talented star had been shooting for Bhoot Police in Dharamshala alongside Saif Ali Khan. Taking to her social media, the eminent actress announced the wrap of the film’s schedule. She shared a photo of herself in a pink fur coat with a cap while smelling a beautiful rose in the city. 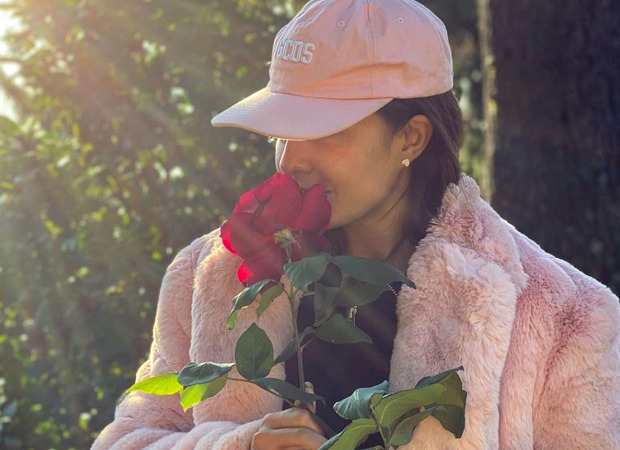 Jacqueline is working non-stop with a tight schedule and having finished shoot for Bhoot Police she will now immediately be jumping for the shoot of Rohit Shetty’s Cirkus opposite Ranveer Singh followed by Kick 2 alongside Salman Khan.

Also Read: “It’s actually refreshing to be outdoors and shooting for a film”, says Arjun Kapoor about Bhoot Police