Jacqueline Fernandez leaves no chance to update her fans about things happening. Last month, the actress flew down to Rajasthan, to kick-start her shoot for the film Bachchan Pandey. Jacqueline took to her social media to share glimpses from the last day and also photos with her 'bestest' team. She also, posted a picture of herself posing in company of the sunset, wearing a heavy skirt and a black blouse she looks like a sight to behold. Also, spotted in a complete black outfit she looks hot. 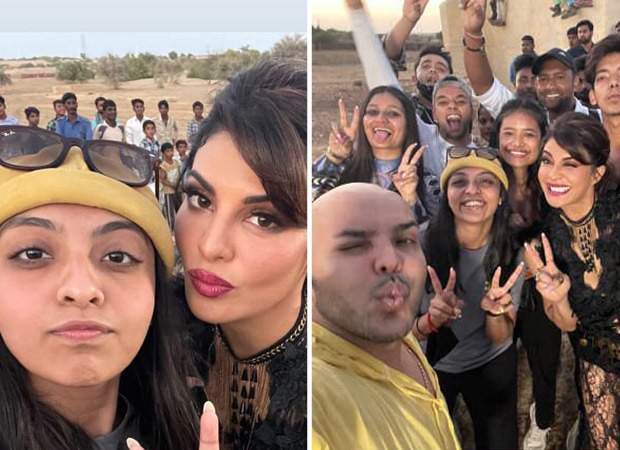 Jacqueline Fernandez also shook legs on Rajasthani folk music, enjoying their culture and making the most of her last day on set.

The actress was shooting in Jaisalmer and only recently has wrapped up her schedule for the film. Putting a tick across one more shoot schedule, she has many others lined up. She was seen bidding adieu to Jaisalmer in company of localities and she seemed to have enjoyed to the fullest.

On the work front, the actress has four films in her hefty kitty, Bachchan Pandey is one of them with Akshay Kumar, Kriti Sanon, Cirkus with Ranveer Singh, Bhoot Police alongside Saif Ali Khan, Yami Gautam and Arjun Kapoor and Kick 2 opposite Salman Khan.

Also Read: Jacqueline Fernandez is in a playful mood in these stills from Bachchan Pandey