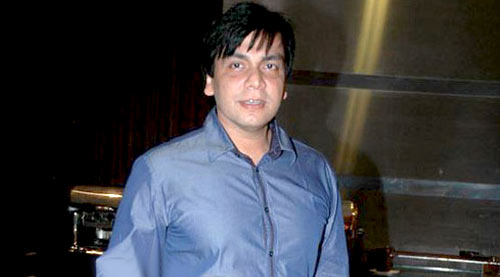 
It was Anthony's first-hand familiarity with the life of ace-cricketer Mohammed Azharuddin that tilted the scales in his favour and took the project away from Kunal Deshmukh.


According to sources, Kunal had already done substantial research for the project when he was informed that he would no longer be doing the film.


Whether Kunal Deshmukh will share his research work on Azhrauddin with the new director is entirely Deshmukh's call.


Deshmukh's ouster was apparently prompted by the failure of Raja Natwarlal, the director's latest collaboration with Emraan Hashmi.


A source very close to the project reveals, "After Raja Natwarlal the film's producer Ekta Kapoor felt the Deshmukh-Hashmi combo was not correct for the box office."


That Anthony D'Souza will be directing the Azharuddin bio-pic is a fact out in the public domain. What we don't know until now is that Anthony has been friends with the star-cricketer for many years.


"I've known him over the years. He has gone through amazing ups and downs. My interest in cricket ended when Azhar Bhai stopped playing. The cut-off point in my passion for cricket was 2004. Prior to that I was as passionate about cricket as I am about cinema," reveals Anthony.


When quizzed about taking over the project from Kunal Deshmukh, Anthony says, "I've no idea what came before. All I know is that I am doing the project now. Anthony is thrilled to have Emraan Hashmi play Azharuddin. "He will surprise audiences. Emraan has never been seen playing a real-life character, and that too a cricketer."


Anthony will be taking Emraan to meet Azharuddin later this week.


Says the director, "I will use my own comfort level with Azhar Bhai to make Emraan Hashmi as comfortable playing the character as possible."