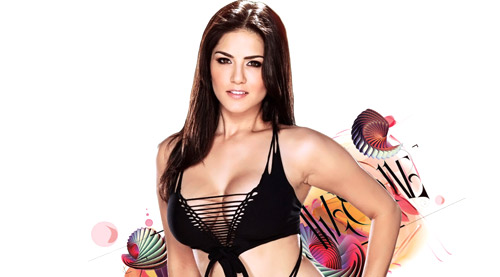 When Sunny Leone entered the world of Bollywood, there were two kinds of reactions - one where people were judging her because of her past, while the others who thought, despite her past, she deserves a chance. One of the latter was Mahesh Bhatt, who gave her a dream debut with Jism 2. Considering that Sunny Leone's entry in Bollywood already had many questioning the choice of the makers, Girish Wankhede, National Marketing Head - PVR Pictures Ltd and trade expert believes that no such prejudices should come in the way of the actress' career. "Sunny (Leone) should get her share of limelight in the capacity she is doing and there has been a lot of excitement around her. Instead of focusing on prejudices, we should be more liberal," says Girish.


There started the journey of Sunny Leone who went on to earn accolades for her sizzling presence on the silver screen and she became famous with item number 'Laila' and the film Ragini MMS 2. Right after that, Sunny signed five films back-to-back - from Ek Paheli Leela to One Night Stand. However, soon enough, the aura of blockbusters seemed to fade away. While her Ek Paheli Leela did decent business, her Kuch Kuch Locha Hai failed to register impressive numbers at the box- office.


Talking about Sunny Leone and her current status in Bollywood, producer Tanuj Garg, who has worked with Sunny Leone in Ragini MMS 2 and Shootout At Wadala, says, "Sunny is a driven, ambitious & diligent girl. I'm extremely fond of her but that aside in terms of the profession, she's making choices from what's getting offered to her."


The highs and lows are not a new phenomenon in Bollywood. Every A-list star goes through this phase. However, the only way to resurge is to revamp. Sunny Leone, who is known as the sex symbol and the glam doll in Bollywood, has decided to do the same and one of her first step towards it is to add a 'no-kissing clause'. However, is adding a clause going to save Sunny Leone's downfall? "That (no kissing clause) is not at all acceptable," says distributor and trade expert Girish Wankhede. He further adds, "You are in an industry where even A-list stars bow down to the director and story's demand. So that is not a favourable practice. You can't keep such limitations. People have a certain image because of which they would like to see glamorous actresses again and again. Instead of keeping such limitations, Sunny should be more focused and liberal in her approach."


As said by Mr. Girish Wankhede, even A-list stars like Deepika Padukone and Alia Bhatt, have shed their inhibitions and have been more liberal in their approach towards their characters and have often followed the demands of the script.

Yet another trade expert Atul Mohan voices out a similar opinion and considers that such a policy is bad for Sunny Leone's career for two major reasons, wrong timing and the age factor. He says, "The timing is not correct plus you are known for all the things that you have done in past, you can't get out of it immediately and by the time you come out of it you are not that young as compared to your contemporaries." Elaborating on the age factor that may prove to be quite a hindrance in her career, Atul adds, "She doesn't have age factor in her favour for a makeover and to create a new identity. That would be difficult for her."


According to trade analysts, Sunny Leone's no kissing clause may lead to further complications considering her image. While most of her roles have been glamour oriented, we wonder what will be her next step in the world of Bollywood. "The shelf life of actresses today is hardly four to five years, and then a new face comes after that. Moreover, there are limited filmmakers. There is no time to wait and watch; she will have to continue with her stint in order to maintain her success in Bollywood," adds Atul.


An insider who has worked closely with Sunny Leone too similarly says, "She is a sex symbol and that is something that keeps changing every year in Bollywood. She may have fans shouting and howling around during public appearances but that even a Gulshan Grover enjoys. However, if this mania is not converting into box office, it has no value. Moreover, between her and her husband Daniel, they have realized that they don't have a long standing in Bollywood. Though she would like to be a Katrina or Deepika, she would never be able to do so. She has been rarely signed by big banners (Balaji and T-Series) but after that, she has normally worked only with smaller producers."


From what we hear one of the major reasons for big banners to shy away from signing her is not just her stereotypical image but also her husband. According to our source, "She has a very interfering husband and he is a difficult guy to deal with. Everyone who has worked with him has nothing good to say about him. Moreover, she is outrageously charging Rs. 3 crores, but she cannot get an opening to support that."

The insider also spoke about how brands and channels don't want to associate with her or her films. Adding on it, the insider states, "Whenever a producer signs her for a film they are battling with problems like satellite sales, it is impossible to get a family audience, and add to that the Rs. 3 crores she is charging." Apart from this, rumour has it that Sunny has also expressed her grievances about shooting bikini sequences in India, commenting on the same the source adds, "Sunny has made it clear that she will not shoot a bikini sequence in India, be it for a film or advert. However if the sequence is needed, then she will shoot the same only at a foreign location, which in turn will definitely raise production costs."


From what we hear, the actress has previously been accused of her unprofessionalism, owing to film producers complaining that she has constantly shifted dates or delayed projects since she has been squeezing in TV shows and her live performances abroad amidst film shoot schedules. "She has been very difficult during her shoots. One needs to be very clear that Sunny and Daniel are here for business. They are not here because they love cinema. For them everything is money. In between suddenly if a project or something else comes up like a TV show or a ribbon cutting ceremony, or a live show or a bachelor party, if Sunny Leone gets five or ten lakhs to do it, obviously she is going jump into it. She is going to come up and say that this or that thing has come up to the producers. But Bollywood doesn't work like that. It's a relationship driven industry."


However, the above mentioned issues are not the end of it. In fact photographers like Daboo Ratnani, Prasad Naik who are known for their work with various Bollywood celebrities have been keeping their distance. This is apparently due to the fact that she is difficult to work with. Due to this, the magazine covers are also refraining from featuring Sunny Leone.


Soon Sunny Leone will be seen in Mastizaade, Tina & Lolo and One Night Stand. However, considering that the brand 'Sunny Leone' is already being questioned in trade and producers are shying away from signing the actress due to her new clauses and date issues, its crucial for Sunny to take Bollywood films seriously if she wants to have a long-standing in the film business.