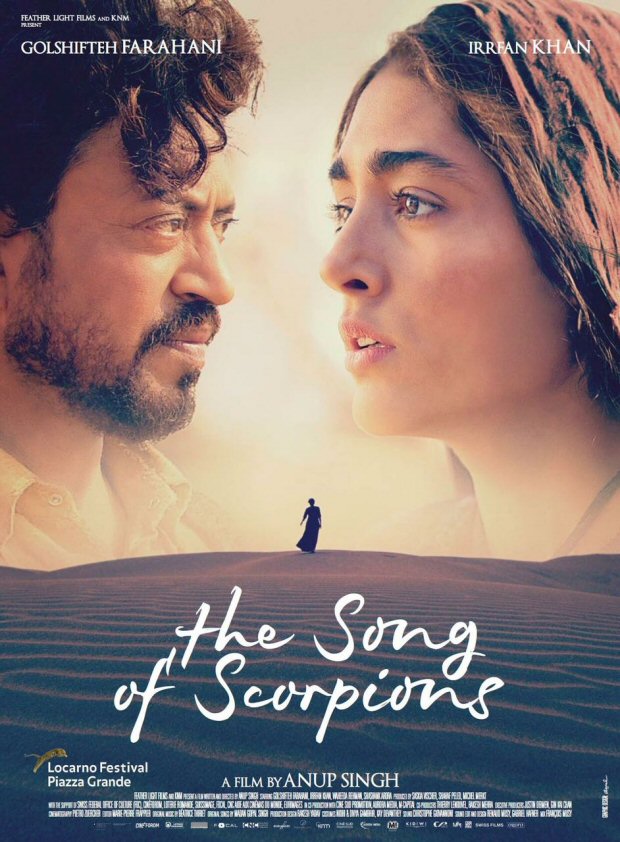 Irrfan Khan is a well-known name not just in the Hindi cinema but even internationally. The actor has starred in several Hollywood films like Slumdog Millionaire, Jurassic World, The Amazing Spider-Man, Inferno to name a few. Now, Irrfan Khan has another international film lined up. ,

Irrfan Khan will now be seen in The Song of Scorpions which has been directed by Anup Singh. The film will soon have its official world premiere at the prestigious Locarno International Film Festival. Just ahead of the premiere, the film's new poster has been released which features Irrfan Khan and Golshifteh Farahani.

The Song of Scorpions also features veteran actress, Waheeda Rahman. This marks yet another collaboration between director Anup Singh and Irrfan Khan after the critically acclaimed Qissa.

Meanwhile, Irrfan Khan was last seen in Hindi Medium. Currently, the actor is shooting for yet another international project titled Puzzle.