The 47th International Emmy Awards are on, and Karan Johar, with his Lust Stories team, is in New York to attend the extravaganza. It probably turned out better than what he planned! We saw Karan having a true fanboy moment as he stumbled upon Game of Thrones producers David Benioff and D. B. Weiss. 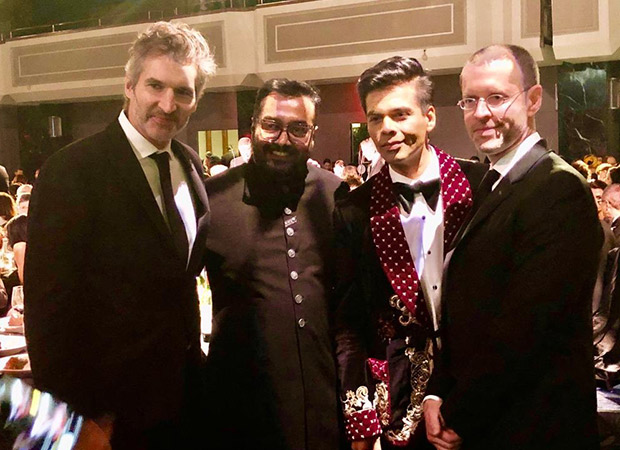 Later, on Twitter, we came across this epic picture of KJO and Anurag Kashyap posing with the GoT duo. Creators of the very popular American show, Benioff and Weiss are nominated for a special Founders Award. Karan and Kashyap's Lust Stories, on the other hand, was nominated in the TV Movie/Mini-Series category. 'Honoured to have met the #GOT #GameofThrones prolific producers! David Benoif and D. B Weiss At the @iemmys,' Karan wrote.

Honoured to have met the #GOT #GameofThrones prolific producers! David Benoif and D. B Weiss At the @iemmys pic.twitter.com/2XnIMEppvL

While Lust Stories and Sacred Games would be returning home empty-handed, Nawazuddin Siddiqui bagged the prestigious award for his performance in the British crime drama series McMafia. He took to Instagram to announce the win, and wrote, "It’s a pure delight to be receiving the beautiful winner trophy at the International Emmy Awards Gala in NewYork with one of my favourite Director James Watkins for our work #McMafia".