So, taking the traditional forward his kids Kunal Kapoor, Karan Kapoor and Sanjana Kapoor hosted the annual Christmas lunch yesterday in the loving memory of their parents. The annual celebration saw everyone from Karisma Kapoor, Kareena Kapoor Khan, Saif Ali Khan, Ranbir Kapoor, Randhir Kapoor, Rishi Kapoor, Neetu Kapoor and all the extended family. But, it was Taimur Ali Khan who stole the limelight. 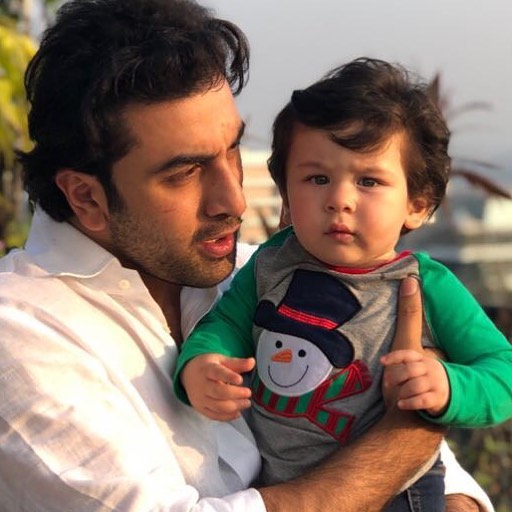 Little Taimur Ali Khan was the star at the Christmas celebration. His uncle Ranbir Kapoor was seen having a chat with the little munchkin while Grandma Neetu Kapoor captured the cute moment between mamu and nephew. She captioned it, "The star of the Christmas lunch." 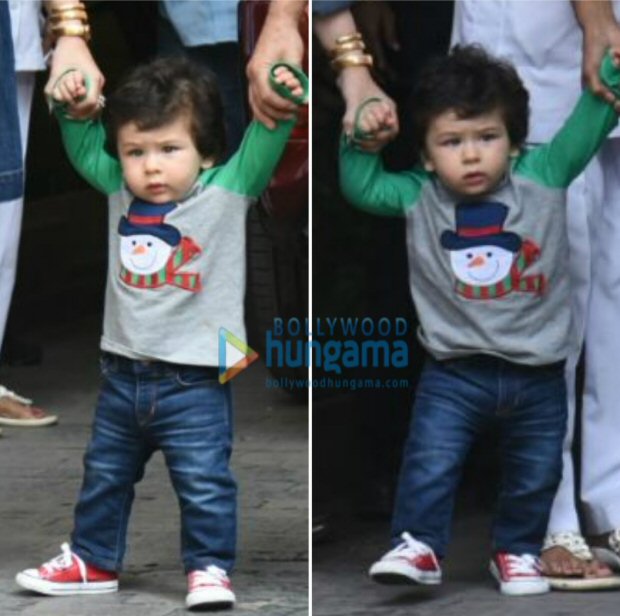 Taimur Ali Khan not only attracted his family's attention but even paparazzi could not stop clicking him. Not only because of his cuteness but because he was seen walking. Kareena Kapoor Khan and Saif Ali Khan were holding his arms while little boy walked with his parents for the photo-ops. Wearing a full sleeve t-shirt and denim, little nawab was looking adorable. 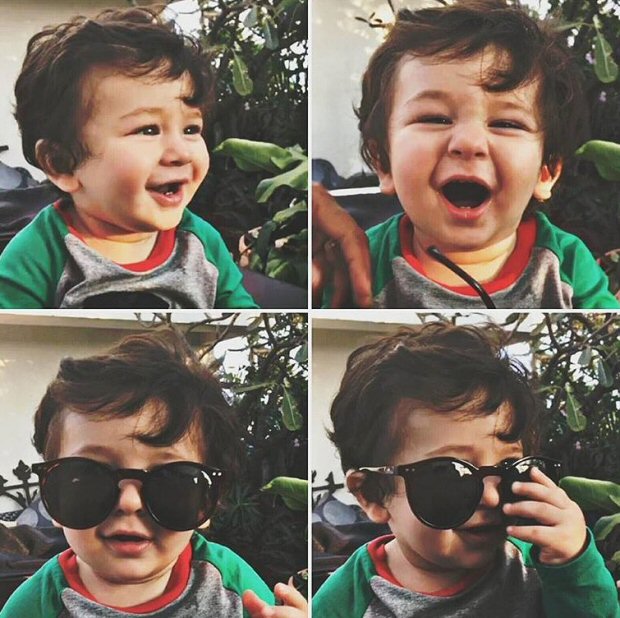 Taimur, certainly, was the star of the party as Aunty Shaira Kapoor, granddaughter of Shashi Kapoor, shared cutest photographs of him. The kid was delighted to have shades on and his happiness was captured by his aunt. 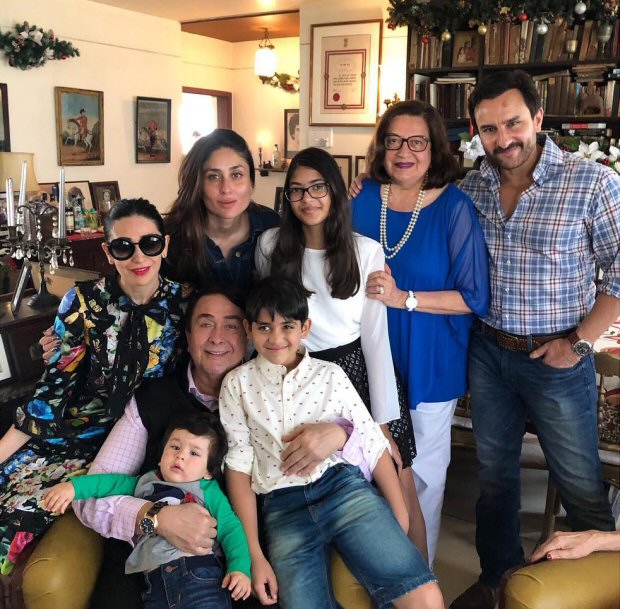 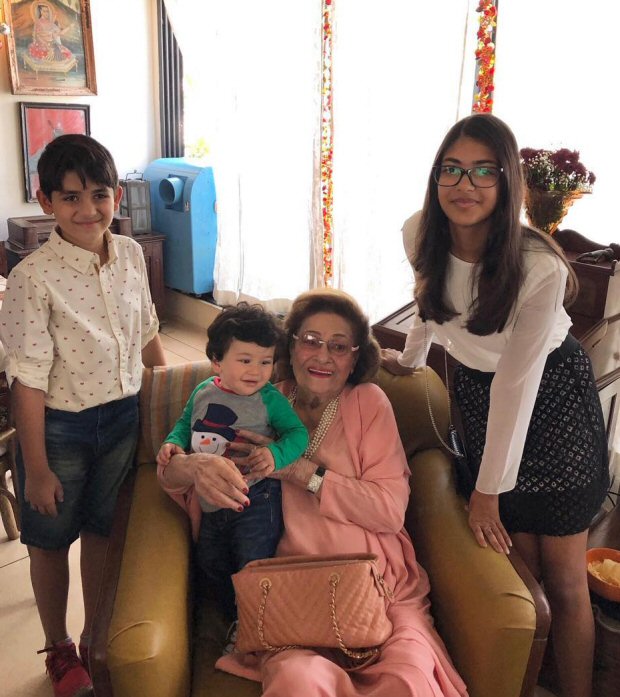 The kids Taimur, Samiera and Kiaan Raj were also seen hanging out with their great-grandmother Krishna Raj Kapoor, wife of Raj Kapoor. Karisma shared the moment and wrote, "With the grand lady #greatgrandma#greatgrandkids #christmascheer #familylunch." 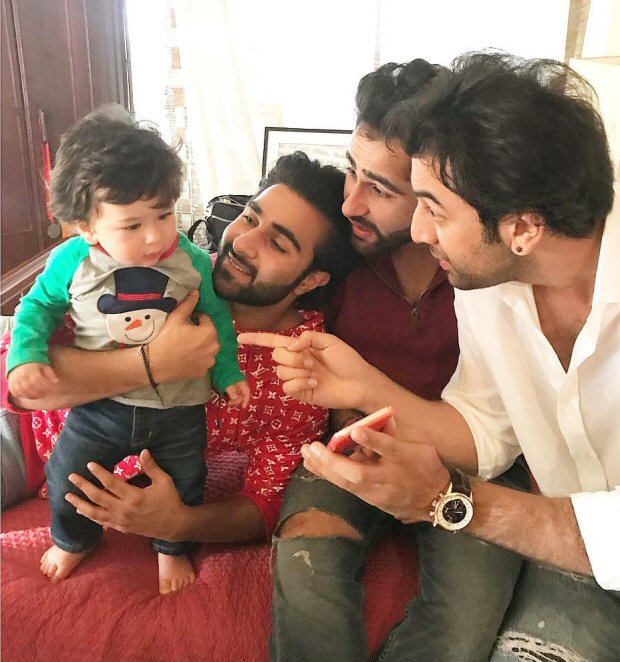 Aadar Jain shared a moment where all his uncles were trying to get Taimur's attention. He captioned the photo, "Trying to get Little T’s attention but he’s still dreaming of Santa." 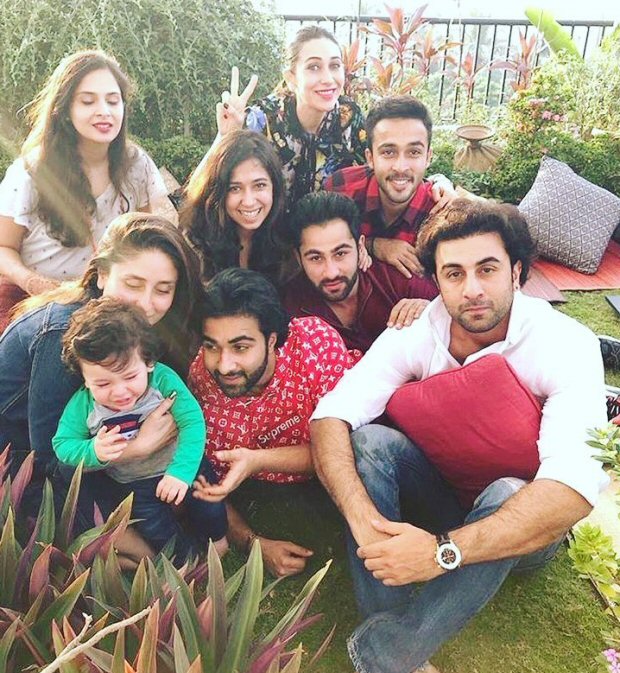 Then, the mandatory all cousins group picture which was shared by Karisma. She wrote, "#cousins with the #cutie #christmascheer #familylunch#funtimealways." 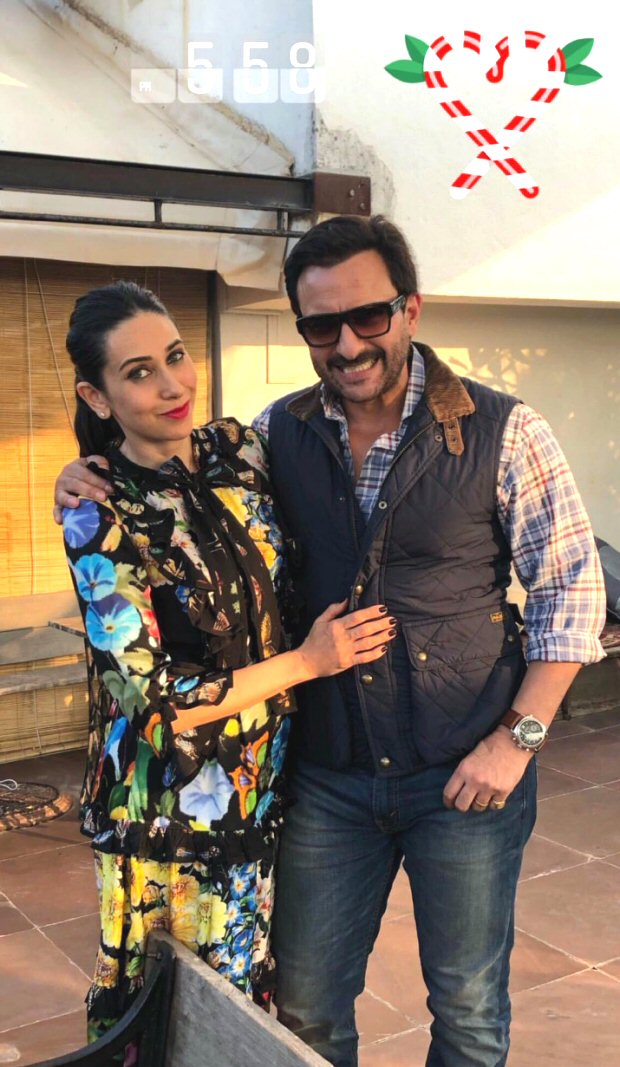 Karisma Kapoor even shared a lovely picture with Saif Ali Khan and it will make you nostalgic. They had starred opposite each other in Hum Saath Saath Hain. 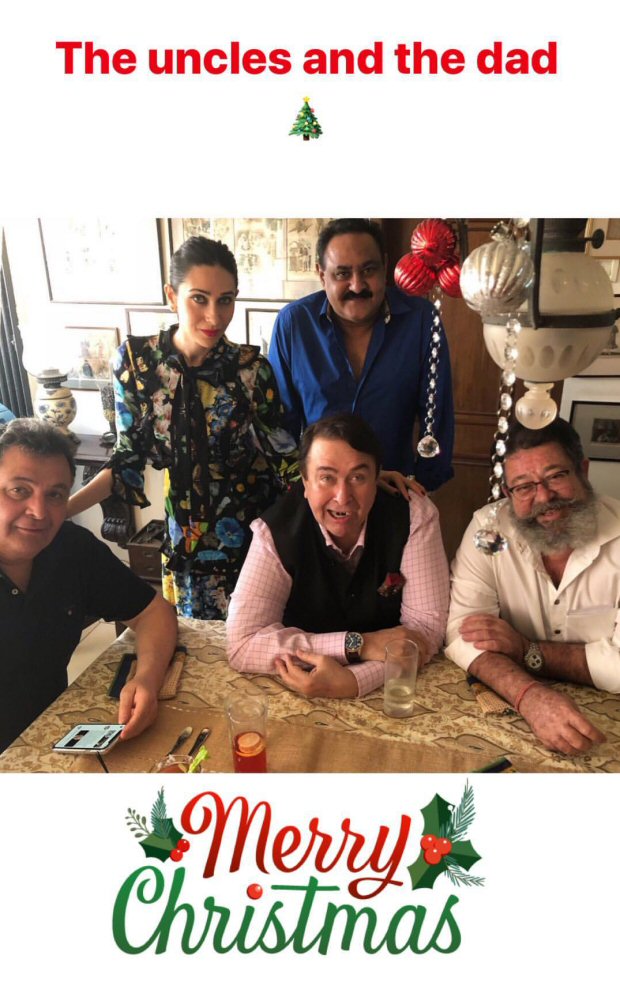 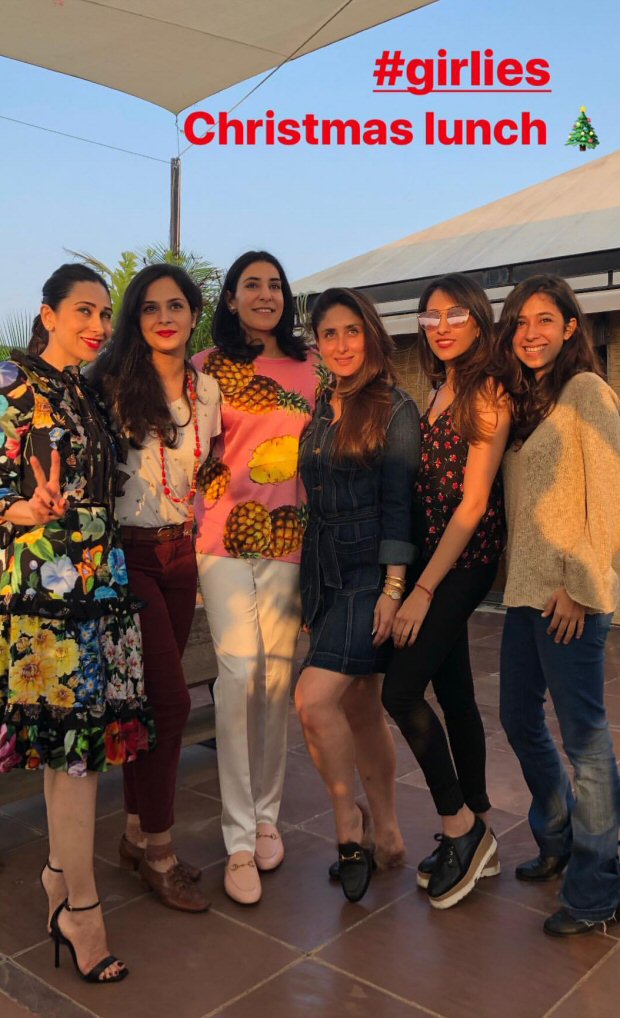 Lastly, Karisma posed with all of the cousins and captioned it, "#girlies Christmas lunch."