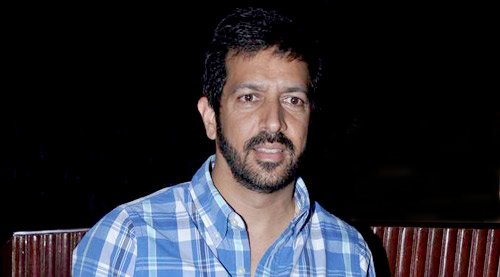 Kabir Khan has never been afraid to tell the truth in his fearless films like Kabul Express and Ek Tha Tiger.


He now poses an open challenge for those radical elements which are now trying to create trouble for Bajrangi Bhaijaan. "Come out and face me. I will answer your protests point by point. You say I can't have 'Bajrangi' with 'Bhaijaan' in the title. I say, why not? When you demand that those two words be separated from one another you are attacking the very secular foundation of Indian democracy. Do you know how ancient and powerful our religions are? Do you think Islam and Hinduism are going to crumble because of the title of my film?" says Kabir.


Kabir mocks at the very logic of these protests. "First they said my film is about love jihad. Then when the trailers came out they bit their tongues and said, 'Uh-oh, it's not love jihad, so let's find something else to protest about.' But I won't give in. You see, the protestors are just a hand full of trouble makers with nothing to lose. They scream loudly and create the impression of being far more in number than they actually are. I want them to know I am not scared. If I was I wouldn't have made the film that I have made. I will take on the radical elements head-long."


Kabir thinks it's time the silent majority stood up against the handful of troublemakers. "I've seen my colleagues like Raju Hirani being a victim of these irrelevant protests. I am not going to allow these trouble-makers to spoil the joy of my film. The mistake we make is to keep silent when faced with publicity-seeking protests. But I am not going to allow you your two minutes of fame at my film's expense. The Allahabad court has dismissed the PIL against Bajrangi Bhaijaan. Bring on the protests. I will take them on head-on without fear of repercussions. You can't silence me, or stop me from making the film I want to."


Kabir's film is about love across barriers. "I love my film. In fact this is the first film of mine where I've done every frame as I wanted. So I take full responsibility of however the film has turned out. I know there will be critics who won't like my film. Some had hated my New York. They will hate this one too. But I don't care. I know Bajrangi Bhaijaan is a story that everyone will connect with."


Kabir Khan promises an all-new Salman Khan Bajrangi Bhaijaan. "This is the emotional side of Salman that has never been seen before. I cannot thank Mr Vijayendra Prasad (Rajamouli's father) enough for giving me this story."