Arjun Kapoor has been keeping quite busy lately. The actor was in London for over a month finishing the schedule of Vipul Amrutlal Shah's Namaste England with Parineeti Chopra. Arjun just returned from London earlier this week after completing the schedule. Without taking any break in Mumbai, he has gotten back to work as he is performing at the much awaited IIFA Awards 2018. 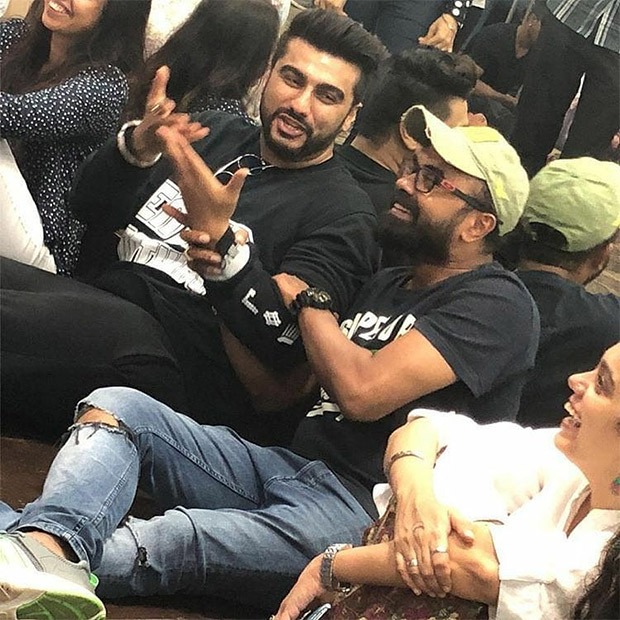 Arjun Kapoor shared a couple of videos on his Instagram story and shared a photograph from his dance rehearsals on Thursday. Caught in a candid moment while smiling during the rehearsals, he captioned the black and white image, "Life is better in #blackandwhite series continues...Happiest when I’m back at work... Smiling at the brilliant & mad act @sanjayshettyofficial has set up for me !!! Can’t wait to be back on stage & perform at #iifabangkok2018 @wizcraft_india #andresabasviraf."

Arjun even shared a dance video from his rehearsals and asked his fans to guess the song on which is rehearsing. He wrote, "So it begins !!! Guess which song Am I rehearsing ??? @iifa #iifabangkok2018."

A source close to Arjun said, “Arjun has plunged into IIFA rehearsals ahead of his act at the star-studded weekend. He has been planning an outstandingly entertaining act and is giving his best to it. He is also going to shoot for a big brand that he has signed recently. Between his rehearsals and this shoot, Arjun is also completing work on his ongoing films with preps and meetings. While he took a two day break to be with his family in London, being forced to return early Arjun is completely back at work now.”

On the work front, Arjun Kapoor will be seen in Namaste England with Parineeti Chopra. The film is set for Dussehra 2018 release. He will be seen in back to back films - Sandeep Aur Pinky Faraar, India's Most Wanted and Panipat.

Also Read: Arjun Kapoor shares a THROWBACK picture with Dia Mirza’s husband Sahil Sangha from the sets of Salaam-E-Ishq and it is as nostalgic as ever!