Legendary actors Amitabh Bachchan and Rajinikanth are in Goa to inaugurate the International Film Festival of India, 2019. The festival which is hosting nearly 9,000 delegates this year and will screen over 200 films from 76 countries will also have Union Minister for Information and Broadcasting Prakash Javadekar, Secretary for Information and Broadcasting Amit Khare, and Goa Chief Minister Pramod Sawant in attendance for the inaugural ceremony. 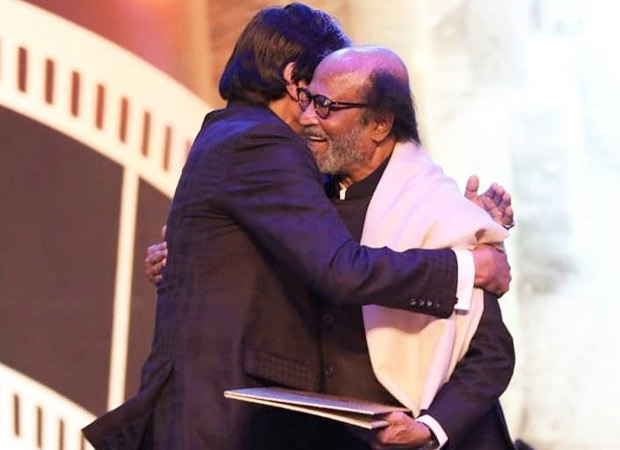 Meanwhile, Big B and Thalaiva, as they met this evening ahead of the ceremony, were delighted to see each other and exchanged a warm hug, along with greetings. Rajinikanth was accompanied by his wife at the venue. Check out the photos below.

From the Southern film industry, Vijay Deverakonda, Nithya Menen, Rakul Preet Singh and Rashmika Mandanna among others are expected at the ceremony. The evening will be hosted by Karan Johar.

This year's IFFI will be honouring French actor Isabelle Huppert with the Lifetime Achievement Award. Being in its golden jubilee edition, the festival will also recognise the contribution of women filmmakers to cinema and 50 films made by female directors from across the world will be showcased. In the Country Focus section, eight films from Russia will be screened, and a special felicitation has been arranged for Indian film figures such as Ramesh Sippy, N. Chandra and PC Sreeram.