Last Updated 25.09.2021 | 11:42 PM IST
feedback language
follow us on
Bollywood Hungama » News » Bollywood Features News » “I would not trade Purani Jeans for even a Yashraj film” – Aditya Seal – Part I 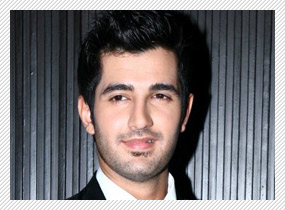 12 years after Ek Chhotisi Love Story, Aditya Seal is now returning to the big screen. From being a 14 year old boy who was discovering about birds and bees in the film, Aditya would now be playing a college-goer in this Tanushri Chattrji Bassu directed feel good affair which is produced by Manju Lulla. Here is presenting Part I of the exclusive conversation.

Let's begin with your first film Ek Chhotisi Love Story where you as a teenage boy you were cast opposite Manisha Koirala.

I was just 14 years old back then. To be honest, for that film I just auditioned once and then I got a call in the night that I had to sign the contract. When I asked about the narration, I am told that the director would meet me on the sets at 9 AM the next day and we would begin the shoot. I had no clue about what the story was.

So you pretty much played blind there. Any regrets?

No, not at all. See, you would remember that back then, audience were not too liberal when it came to love making scenes in Hindi films. Ek Chhotisi... had carried quite a few with some explicit talks and visuals involved. Later, when the controversy erupted in a major way, I remember meeting Mr. Sanjay Nirupam and then going to Late Bala Thackerey's house. We had a one to one discussion and I grew as a person.

There were some gains after all.

Yes. The good thing though is that today whenever I meet someone and tell them that I am this boy from Ek Chhotisi..., they instantly recognize me. Like when Mr. Anil Kapoor got to know about it, he exclaimed with so much fondness that 'Oh, so you are that boy!

How did this decade between Ek Chhotisi... and Purani Jeans pass by?

To begin with, I took a conscious decision not to face the camera for long when it came to films. I wanted to cut off myself. I was doing a few ads here and there, though I had made up my mind that I would rather finish my studies off. Then I did Taekwondo, in which I am already a black belt. I also started going through my dancing and acting classes. I wanted to make sure that I was not rusted. That's why I took on ads as I felt that this way I would be in touch with the world of entertainment. That was the plan and it penned down pretty well.

I do hear that you were also pursuing your MBA.

(Laughs) And I attended a total of one and a half classes and then opted out of it. Before that I did my BMM in Mumbai but when it came to post graduation, I had to put my foot down. I said to myself that I could not do it. It was better for me to concentrate on something where I wanted to make my career.

How did you want your career to shape up?

I was looking to start my career with something very commercial. I wanted to get into the hearts of the teenagers by being a boy next door. Also, I wanted to do parallel cinema which challenged me as an actor. (Smiles) In the coming days, I want to be that commercial boy who earns some money, has girls following him and then also win hearts like Ranbir did in Barfi! . As a matter of fact when I was contemplating being an actor, there were a few films that came my way but I had to miss out on them. That's because I would never ever trade Purani Jeans for any other film, even if it is a Yashraj film.

So how did Purani Jeans happen?

When I auditioned for Purani Jeans, I had a dream to sign a film with a big director. Now Tanushri was a new director and hence I didn't give my 100% in my first audition. Honestly, I just wasn't committed enough. Later, when I came to know that it was an Eros film, I gave my all in the second audition. Then I heard about the character and liked it a lot. It didn't take time for me to sign the contract. Later when I got the narration, I just cried out; she has written the film so beautifully.

How did you demonstrate your commitment during the making of the film?

That was the fun part because to tell you the truth, I didn't really connect with the kind of character Sam is. He is an absolutely non-calculative person, does things on the moment and has no regrets in life at all. This is somebody whom you wish you were but then I am not that. I just felt that it would be better if I live Sam's life for a while. So even off the camera, I was Sam for weeks in succession, be at Manali where we were shooting or in Mumbai where I live. I had to live someone else's life now.

(Visit this space for Part II of the interview)