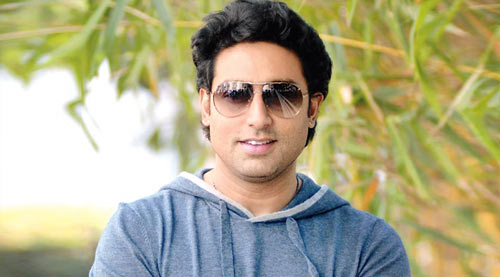 "It's sad that people do this but it's not going to ruin the fact that we worked together and made this wonderful film," said Abhishek Bachchan in a Bollywood Hungama exclusive video interview to Faridoon Shahryar. Abhishek was reacting to the selective, out-of-context reporting of Jaya Bachchan ji's views on Happy New Year (HNY) at the recently concluded Literature Festival in Mumbai. Let's bring you Junior Bachchan's views on the raging controversy and why it is best not to pay heed to it.

Happy New Year has done exceedingly well at the box office but has the selective and mischievous reporting about Jaya Bachchan ji's views on HNY affected the mood adversely?

Farah Khan told Bollywood Hungama that such selective reporting is dangerous and it was totally unwarranted.

I don't judge these things like that. These things don't really make a difference to me. I know what the truth is. Whoever wrote this, pulled it out of context, I am pretty sure they are feeling a bit sheepish about themselves; they have to deal with it, not me, not my mother, not Farah or Shah Rukh. It's sad that people do this but it's not going to ruin the fact that we worked together and made this wonderful film.

Jaya ji compared Happy New Year to Amar Akbar Anthony at the Literature Festival but that was never reported.

Not because I'm his son (Mr Amitabh Bachchan) but I am also his biggest fan. Amar Akbar Anthony is one of my all time favourite films. Anyone compares your film to Amar Akbar Anthony, wow. I don't let these things affect me. You've got so much to be happy about, why concentrate into one inconsequential negative thing. You shouldn't get into it.