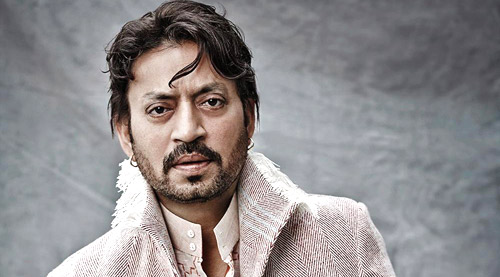 Irrfan Khan is again on a high after a sterling performance in Qissa where he plays a Sikh and speaks fluent Punjabi. He speaks to Subhash K Jha (in English and Hindi, not Punjabi).


What was it like speaking Punjabi for the first time in Qissa?

Initially when I was told about it (Qissa) I felt I didn't want this in my life right now. I had no knowledge of Punjabi at all before this film. So I was like, 'I've never heard this word before. Where did that come from?'


So how did you master the language?

After practicing the rhythm of the words, I started enjoying speaking in Punjabi. Thereafter I wouldn't speak in Hindi, only in Punjabi during the shooting. I enjoyed myself thoroughly.


Do you enjoy mastering languages for your roles?

I enjoy playing characters which allow me to explore new, emotional and verbal areas. In Qissa the difficult part was not the language but getting into the head space of my character.


You play a man who goes to delusional lengths to convince himself he has a son. How important was it for you to be convinced that some men go to any lengths to have a male child?

I know such obsession with the male child exists. But I wasn't dealing with that. For me my character's craving for a child is a metaphor for human desire. We are born on this earth. Then we begin to look for some sign of unity and harmony .We look for a centre, for God, for permanence.....


Your character is tormented by demons?

Did you bring this interpretation into your character on your own?


You mean you added your own interpretation to the director's?


How much did the actress Tillotama Shome who played your daughter whom your character forces to behave like a son, help get your character in place?

She 's a very focused actress. She once came to me during the shooting after pack up. She seemed very troubled. She had a question. She wanted to know what it meant when my character of the father is shown swallowing up her character?


What did you tell her?

I told her sometimes over-explaining a situation kills its impact, that understanding a situation becomes a hurdle. Sometimes it is better not to intellectualize a given situation. Everything in life and art cannot be explained by logic. Sometimes you just have to reflect and act.


You avoid getting into over-intellectualization?

We can try to intellectualize situations in a script. But I don't work that way. I used to work like that. I used to question the director for meanings. When you do that you start acting the director's interpretation of the character rather than what the character may actually represent.


How do you avoid this danger of over-interpreting a character?

I've seen actors, brilliant in their own right, use their minds to make their bodies act the meaning of a scene. That's very boring for me.

It's a wrap on Yami Gautam's next A Thursday

Deepika Padukone experiments with horror in…