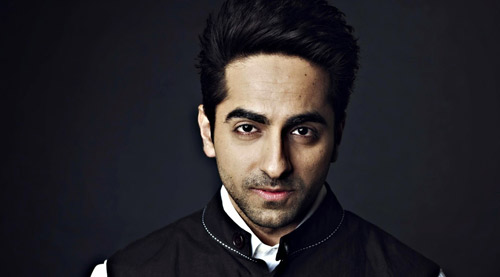 If there is ever going to be case study on how destiny changes in a matter of weeks, one of the reference points is certainly going to be that of Ayushmann Khurranna's stint with Bollywood in 2015. From a mega disaster Hawaizaada, he has managed to find a turnaround in three weeks flat, what with Dum Laga Ke Haisha turning out to be surprise hit of the season. With around Rs. 25 crores in its kitty already and still counting, the controlled-budget film saw a platform release for itself and has now managed to grow in stature with every passing week. Clearly, for Ayushmann, this Yash Raj film has been a massive turnaround.

A word of mouth hit after a critical and commercial failure Hawaizaada - Isn't it a major turnaround?

Aisa lag raha hai jaise follow on karne ke baad jeet gaya (laughs). Today, I have started believing in destiny even more, even though my father always insisted that I should have faith and trust in it. The fact that these two turnarounds have happened in my life back to back is all the more important. After my last unsuccessful film Hawaizaada, the trailer of Dum Laga Ke Haisha released within two days. I was so disturbed and went to Adi (Aditya Chopra) sir to ask him why he was doing this. I said to him "Sir, yeh aap kya kar rahe hain! Ek taraf my film is not doing well and doosri taraf you are releasing my film with just three weeks of promotion. If it gets a breather, it may be a little better".

What did he say?

He then went on to explain me about the strategy of film's release, its platform arrival and all 'jo mujhe us waqt bilkul palle nahi padh raha tha'. What I understood was that this was the only good slot that we were getting because in April we would have been swallowed up by other major releases.

You must be thrilled with word of mouth been from the industry, other than the audience of course?

It has been pretty good and the best part is that my contemporaries have been quite good to me. I can see this change in approach in the industry, which is very heartening. Arjun (Kapoor) was the first to tweet that 'you cannot put down a good actor and the film for long'. Then Parineeti (Chopra) saw the film and she called me. We had a good conversation for 15 long minutes. She was raving about the film all this while. Then she tweeted about the film for days in succession. She also said to me that 'aisa lag raha hai jaise poora Hindi ka syllabus daal diya hai film mein'.

Yes, Hindi plays a major role in the film.

I think this is something that has worked in favor of the film as well. The kind of vocabulary that has been used in the film is seemingly quite exotic for urban India. Moreover, the 90's nostalgia was touched in a big way with the film. The way we have dressed up in the film is superb, and all credit to our costume designer for that. Also, the best part is that Haridwar is still stuck in time. Woh aaj bhi wiasa hi lagta hai jaise shaayad 50 saal pehle lagta hoga. Wahan kuch change nahi hua hai. (Smiles) Otherwise, generally when you have to show a period affair, you need to remove malls in the background using CG and all!

So what happens next?

I have to be a little more careful about the scripts that I choose from here. Ultimately, it is your decisions that matter the most and all boils down to the choices you make. When I look at Dum Laga Ke Haisha, I am glad that I made this choice. I still remember that when Adi sir approached me for the film and I read the script, I told him in two hours flat that I was doing it and just wanted it to go on floors in quick time. He said he was surprised I had consented for it, as he expected me to pick more quintessential hero type of roles. After all, this was the time when awards season was on and I was getting some for Vicky Donor.

What convinced you though?

I was happy about the fact that none less than Yash Raj Films was patronizing this kind of cinema. See, such kind of good scripts do come your way, but then, you are not sure whether there would be adequate mounting and promotion or not. However, with the name YRF involved, I was sure it would be made and released well. As you can see, my confidence in them paid off as their strategy has worked too.