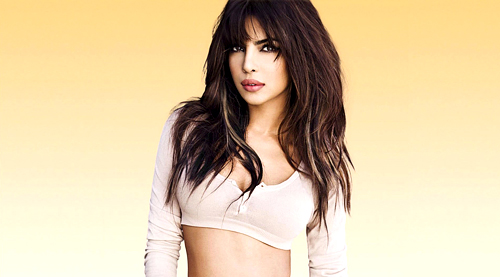 Mary Kom has crossed the Rs.50 crore mark, hence turning out to be the only sports-theme film after Farhan Akhtar's Bhaag Milkha Bhaag and Shahrukh Khan's Chak De! India to achieve this feat. Moreover, this is the only film belonging to this genre with a female central protagonist to have managed such run at the box office. For Priyanka Chopra this is a huge win indeed even as she keeps her calm and reacts normally despite all the acclaim coming in.

Some out there do believe that the film may have carried a much better impact had it been longer in duration.

We did the best that we could. This film is the best effort of telling an incredible women's life story of 15 years in two hours. There are so many things that had happened in her life and we wanted to make sure that we keep the film inside two hours for sure. We didn't want it to be a long film as anyhow people have to put in lot of effort to watch a woman centric film (smiles). This is the best film which could have been made under the circumstances and I am very proud of it the way it is.

Won't it have helped though if some more episodes and characters could have been fleshed out more?

Everyone can have their own point of view; I do hear what you are trying to say. But then it's very difficult as there are so many things that happened in her life that the screenplay writer and everyone decided to just use most important parts of her life which connect the story and make her become Magnificent Mary. The phrase stands for the winner that she is. We did want to bring episodes about her husband and children which are very important aspects in her life. We wanted to talk about the fight she had to go through, not just in terms of gender bias but also in terms of physical labor that she had to put in.

This is one film where you have received great feedback from all over, what with no negative vibe whatsoever. Now that must be something!

When people praise your work unanimously, it's a big achievement. In that perspective, this film became personal for me on the way. I have just done my job and I just push my boundaries with whatever I do. I feel grateful that people have liked my work. After all, what else do we work for as an artist?

In a way the film has also broken stereotype attached to women-centric films as it has a right balance of commercial pull with aesthetic appeal.

I think it's a great time for Indian cinema, especially for women. We can pick and choose and do entertaining films. Every woman oriented film does not have to be told from a feminist point of view. In fact making it can be entertaining too. To me, Mary Kom is a super-entertaining film. You do get moved by it and that's what story telling is when something touches your heart, moves you and still entertains you.

You have been quoted as saying that you treat each of your films as nothing less than Mughal-e-Azam. So does the film's success mean that you have actually managed to find a true Mughal-e-Azam of your own?

The film has been successful but God forbid even if it hadn't been one, it would still have been my Mughal-e-Azam, just like every film that I have done since my debut. See, I consider myself as a professional. After two schedules of a film you do come to know which direction it is going. Then by the time marketing plan is ready you are more or less sure whether the film will do well or not. Still, that doesn't make any difference to my involvement with a film till the time it is running in theaters. It's my job to do a film to the best of my capabilities and that's the reason I said that I treat each film of mine as my Mughal-e-Azam. I can't just slack on any film just because I feel that it's going to be unsuccessful, that's not me.

So are you taking some well deserved rest now, especially after all the grilling you had to go through for almost a year while shooting and then promoting Mary Kom?

Arrey kahan, I am shooting Dil Dhakadne Do now. In fact I started work on it barely 10-15 days after wrapping up Mary Kom. Now I am already on completion of the film. As for Mary Kom, I had to learn everything about the sports. Whether it was the exercises or skipping, it was pretty tough but then as a sport, I found boxing really cool. Yeah, I did get a break from gym for last 3-4 months so I am very happy (smiles). Thank God!