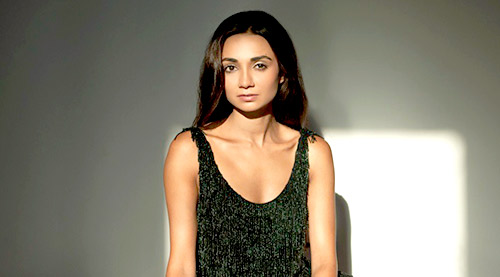 Ira Dubey whom we saw at her bitchy best with Sonam Kapoor in Aisha, has come into her own with Dilliwali Zaalim Girlfriend where as a feisty career girl she delivers a punch-filled performance.


Rumour has it that Ira's role was sizably truncated to accommodate the film's romantic female lead Prachi Mishra.


A source close to the project whispers, "As many as three songs were shot on Prachi behind Ira's back. Ira had no idea her role would finally shape up the way it did. She had signed Dillwali Zaalim Girlfriend as the main female lead."


Ira chooses to brush off all the bad vibes. "I am happy I got to do a full-on masala film. I had great fun shooting with Jackie Sir (Shroff) and Divyendu who is a very talented guy. I am essentially here to act. Not to count the number of songs and scenes I am given."


Ira is now kicked about two other very promising films she has almost completed. "One is a very unusual road film called M Cream where I play the lead with Naseeruddin Shah's son Imaad. And this time you won't be disappointed by the length of my role."


Ira was happy to share screen space with veterans like Barry John, Tom Alter and her own mom Lilette Dubey.


But the role that Ira is really kicked about is that of an Assamese housewife in Aisa Yeh Jahaan.


Speaking excitedly about the part Ira says, "I worked very hard to look and sound like an Assamese. It's directed by the great Jahnu Baruah's assistant Biswajeet Bohra. It's the story of a migrant couple from Assam struggling for survival in Mumbai. I play a very materialistic wife who keeps goading her husband to get her the things that she desires for a better life."


In real life Ira has no ambitions to acquire material things. "I am happy doing theatre. That's where the real job satisfaction is. Acting in films will happen only when I am assured that my role would allow me the space promised at the outset.