Last Updated 18.01.2022 | 10:44 PM IST
feedback language
follow us on
Bollywood Hungama » News » Bollywood Features News » Hrithik Roshan’s fan makes an acrylic painting of the actor on his birthday; reveals it took him a month to complete

Hrithik Roshan turned 48 today and the actor has been flooded with wishes from his admirers. Having been a part of the film industry for over 20 years, the superstar has a huge fan following across the country. Today, a fan of the ctor arrived outside his residence with a handmade gift for him.

A video of a fan arriving with a big painting of Hrithik Roshan was recorded by the paparazzi outside the actor’s house and is now doing the rounds on social media. The fan who is a talented artist made an acrylic painting of Hrithik and arrived at the actor's house in Mumbai to present it to him. The artist informed the paparazzi that it took him a month to make the painting and that he is a huge fan of the superstar. However, the fan is heard saying that the actor was not at home. 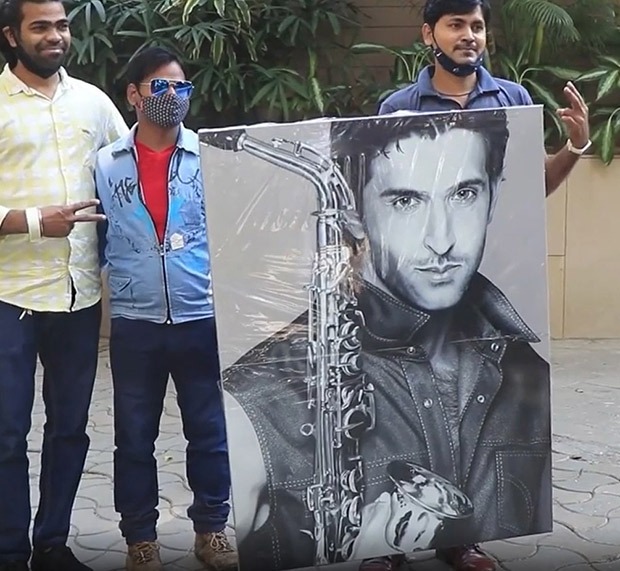 Meanwhile, Hrithik treated his fans with the first look of his character Vedha from his upcoming film Vikram Vedha. The film is a remake of the Tamil film of the same name and starred R Madhavan and Vijay Sethupathi. The Hindi remake also stars Saif Ali Khan and Radhika Apte.

ALSO READ: EXCLUSIVE: “Tiger Shroff is going to be untouchable for the next 50 years”, says Hrithik Roshan