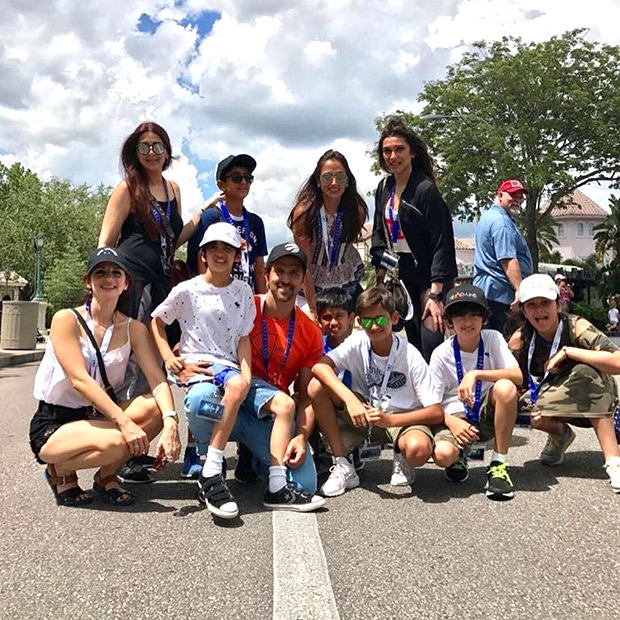 Their high profile divorce became a topic of discussion in media reports for days together considering that Hrithik Roshan and his childhood sweetheart turned wife Sussanne Roshan were one of the ‘it’ couples of B-town. However, the couple not only was successful in avoiding a messy divorce but has also time and again expressed their respect for each other despite the separation. Also, when it comes to their children, the two are often seen bonding with their sons and take off to various adventurous trips with them and doesn’t have any inhibitions coming together for them.

This can be proved in the latest picture shared by their friend Sonali Bendre. Hrithik Roshan and Sussanne Khan are currently in Orlando having a gala time with their gang and their sons. In fact adding this on social media, Sonali posted. “A magical experience is made even more special when it's shared with the ones you love. #Orlando #UniversalStudios #SummerVacay.” 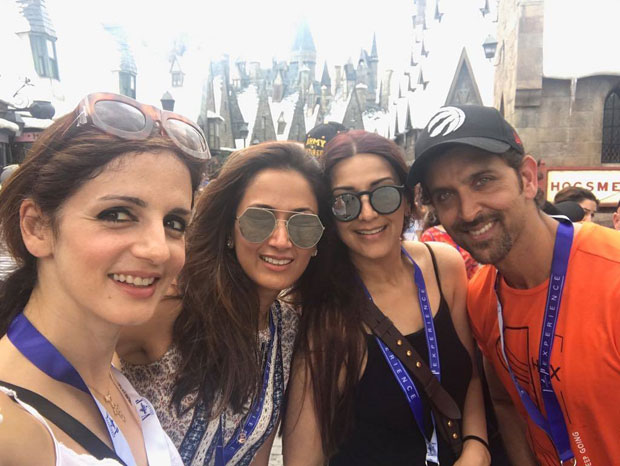 Earlier, we had reported that Hrithik was in the US holidaying with his sons. He was later joined by his former wife Sussanne Khan during this trip. In fact, she also met up with her girl gang which included Sonali Bendre, Gayatri Joshi among others. Going by their latest post, the entire gang of women along with their kids were seen having a great time at Universal Studios, a popular theme park franchise.