Last Updated 31.01.2023 | 11:22 AM IST
feedback language
follow us on
Bollywood Hungama » News » Bollywood Features News » Hrithik Roshan can’t wait to binge The Lord of The Rings: The Rings of Power; shares video about it on Instagram

The Lord of The Rings: The Rings of Power is just a week away from its exciting global premiere. Amidst much fanfare being witnessed across the globe, Bollywood star Hrithik Roshan expressed his love for the franchise too and even spoke about it on social media. The actor, who got a sneak peek into the series during the recently held Asia Pacific premiere, and now, he mentioned that he can’t wait to catch up on the entire series. 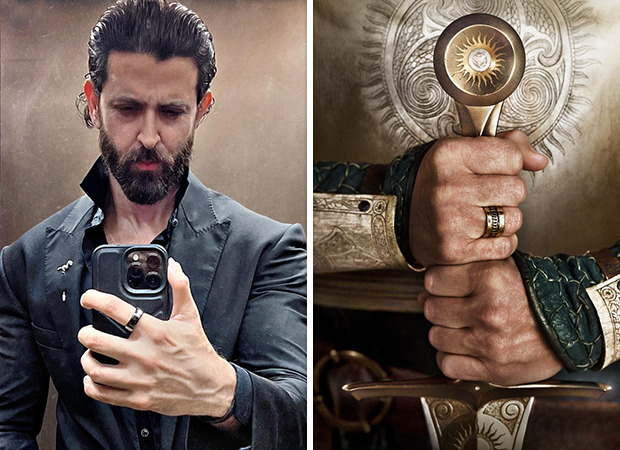 Hrithik Roshan can’t wait to binge The Lord of The Rings: The Rings of Power; shares video about it on Instagram

Hrithik Roshan took to Instagram to share how his fan-dream came true when he attended the epic Asia Pacific Premiere of The Lord of The Rings: The Rings of Power. During this event, the actor got to watch the first two episodes alongside the cast and showrunner JD Payne.  In his recent post, Hrithik mentioned that he was awestruck by the show and that he could not get enough of the series and wished to binge more of the Tolkien's world.

He posted a video of how much he wanted to watch the show further saying, “I came, I saw, I refused to leave the Asia Pacific Premiere of #TheRingsOfPower. Get ready to be transported to Middle Earth ???? on Sept 2 only on @primevideoin. I have added it to my watchlist, I highly recommend you to do the same ????”

The first two episodes of the The Lord of The Rings: The Rings of Power will release on Prime Video in English, Hindi, Tamil, Telugu, Malayalam and Kannada on September 2, with new episodes available weekly till October 14.

On the other hand, speaking of Hrithik Roshan, the actor is gearing up for the release of the much talked about film Vikram Vedha, which also stars Saif Ali Khan. The film is a remake of the Tamil action entertainer by the same name that featured R Madhavan and Vijay Sethupathi. Directed by Gayatri-Pushkar, the film is slated to release on September 30.