Rajesh Krishnan recently won the award for Best Debutant Director - Critic's Choice at the recent Filmfare 66th awards. Rajesh's rise to prominence began with the famous Hari Sadu ad that revolutionized the advertising industry, marking his reputation of a game-changer. 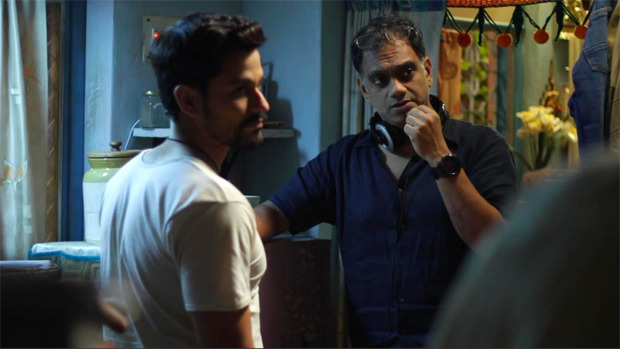 How Rajesh Krishnan won his first Filmfare Award for Lootcase

On winning the award, he added, "simply put, awards are a sweet, encouraging pat on your back and nothing more. (Though, I wish, it helped me multiply my director fee on the next job). It is clearly a byproduct - an extra scoop of ice cream you weren’t expecting and not the end goal."

He began his tryst with advertising as a copywriter and went on to work with prominent advertising agencies like Contract and O&M before beginning his own advertising agency called Soda Films in the year 2011 along with Ameya Dahibhavkar. 'Soda Films' has been entertaining the Indian masses with hilarious content pieces ever since then.

On his experience of shooting a film, he mentioned, "Not a lot of people realize that making a film is an intensely hectic process. A great director once likened a shooting floor to an Air Traffic Control room. Every plane that lands safely translates to lives saved. Lives saved on the landing tarmac. Shots were taken on a shooting floor. Is there a difference? There is no room for mistakes. Most of us are just happy to deliver on the promised trailer."

Rajesh has co-written his directorial venture Lootcase along with Kapil Sawant and his Soda Films has co-produced Lootcase along with Fox Star Studios. The film has won many accolades and has been widely appreciated for its storyline. The film revolves around a man who finds a bag full of money in a suitcase. Rajesh Krishnan describes his experience of directing Lootcase, "More than acclaim, we were just a bunch of giggly kids more interested in having fun telling our story. And if you remember, in 2019, Lootcase wasn’t even getting a theatrical release. So for us every day the film is in news is as good as an Oscar!"

The film was initially slated for a theatrical release but was later released on OTT due to the global pandemic and turned out to be one of the most-watched films of 2020.

Besides this, Rajesh has also been the game-changer on OTT/web series with his direction in TVF's 'Tripling.' The web series is still one of the most loved ones in the country. It was released in 2016 wherein Indian masses weren't used to viewing content on platforms like YouTube but his impeccable direction proved to be a game-changer yet again.