The trailer of Housefull 4 is out and it promises to be a laugh riot. The film has an ensemble cast including Akshay Kumar, Kriti Sanon, Riteish Deshmukh, Pooja Hegde, Bobby Deol, and Kriti Kharbanda. Housefull 4 is a reincarnation comedy and a large part of the film is shot in London. 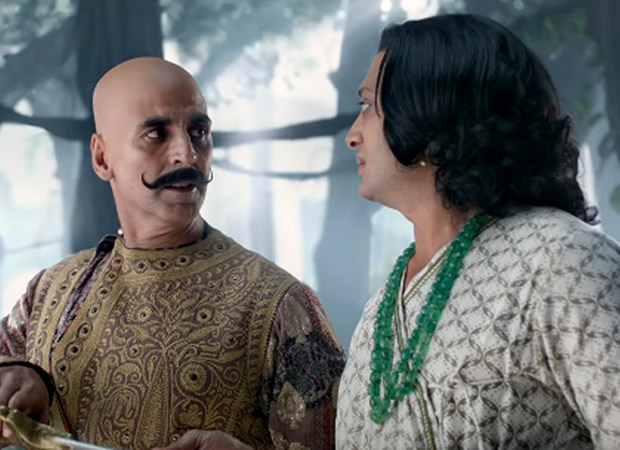 When Akshay Kumar was asked about his experience in shooting in London, he said that he shoots in the city every year. Akshay Kumar said, “Last 4-5 films of mine have been serious in nature. Whenever I want a vacation, I tell Sajid Nadiadwala to make a Housefull. He agrees to it and what better place than London to shoot it.”

Adding to this, Riteish Deshmukh jokingly said, “This is Akshay’s most expensive holiday.” Akshay Kumar also revealed that the film was shot in 65-70 days with a budget of Rs. 80-85 crores.

Housefull 4 is presented and produced by Sajid Nadiadwala’s Nadiadwala Grandson Entertainment and co-produced by Fox Star Studios, directed by Farhad Samji slated to release on Diwali 2019.

Also Read: “If he gets cleared, I will definitely work with him,” Akshay Kumar on working with Sajid Khan in the future