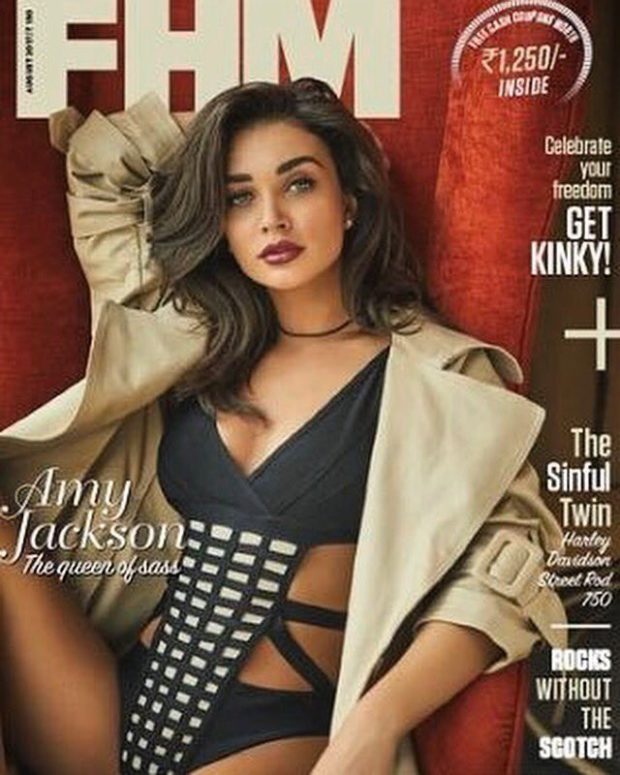 Amy Jackson is one such actress who always turns on the heat quotient through their sensuous photographs. The sultry siren has been now been featured on the cover of FHM India.

Amy Jackson is raising the temperature in a sexy black monokini on the August issue. The actress is flaunting her perfect curves on the cover. She has layered the monokini with a trenchcoat. On the cover, she is donning dark lips, beach waves and smokey eyes. She captioned the photograph as, "My new @fhmindia cover."

On the work front, Amy Jackson will be seen in the highly awaited Rajinikanth and Akshay Kumar starrer 2.0. Directed by S Shankar, the film is scheduled to release on January 25, 2018.