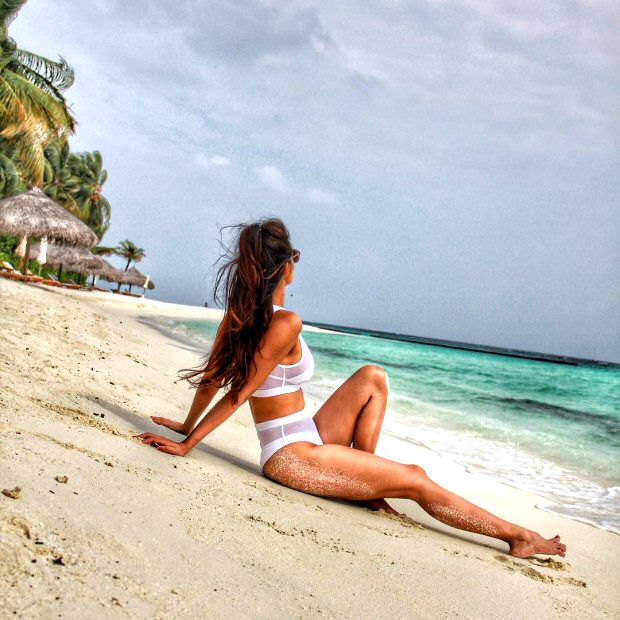 Disha Patani has been one of the biggest sensations on social media. Her Instagram page is well updated with sizzling images which has been lapped up by her fans. This year especially, she has been on fire which has resulted in her fan following increasing day by day. At the beginning of the month, she had 8 million followers and the figure has now climbed to 8.4 million already.

Before 2017 ends, Disha Patani has posted what might be her last hot picture of the year. Surprisingly, in this amazing picture, Disha is not facing the camera. She’s looking the other side and wearing white swimwear that suits her well. She’s sitting in a relaxed position on the beach and enjoying as the waves splash by. Though her face can’t be seen, one can make out that she’s wearing sunglasses. The location is undisclosed and reportedly, she is holidaying with her rumoured boyfriend Tiger Shroff for the New Year’s celebration. Both were spotted at the airport where they bumped into the ever energetic Ranveer Singh.

Disha Patani will be seen opposite Tiger Shroff in Baaghi 2 that is expected to release in April 2018. In 2016, both she and Tiger appeared in a sizzling single called ‘Befikra’ and it was loved a lot. The same year, she did her Hindi film debut in M.S. Dhoni – The Untold Story. In February 2017, she was seen in the Indo-Chinese film Kung Fu Yoga with Jackie Chan.