Priyanka Chopra had made the golden bikini a rage after the release of Dostana which was shot in Miami. And now we spot the actress once again in the beach, only this time, it isn’t for a film. The ‘Quantico’ star was seen hanging out with the international supermodel Adriana Lima at Miami Beach.

Apparently, with the summer setting in, the two friends decided to beat the heat at the Miami Beach. Let us remind you that Priyanka Chopra, who was in India last week, returned to the US to continue with the promotions of her forthcoming Hollywood debut Baywatch.

While Adriana flaunted her svelte frame in a black bikini, Priyanka Chopra too was seen in a bikini as she was flaunting her curves in a blue number. The two actresses were also seen goofing around before ‘testing the waters’.

Many pictures of Priyanka Chopra enjoying the dip on the Miami Beach went viral on social media. The actress uninhibitedly was seen thrilled to turn beach bum on the weekend. Also, we hear that it wasn’t only the two actresses but later on Baywatch co-stars of Priyanka, Ilfenesh Hadera and Alexandra Daddario too joined them.

We hear that ‘Quantico’ has been coming to an end soon and that Priyanka Chopra will return to India to concentrate on her Bollywood projects. Besides Baywatch, the actress is yet to reveal about her future international ventures. Also, this year has started on a great note for Priyanka as a producer since her Marathi debut production Ventilator went on to bag the prestigious National Award. 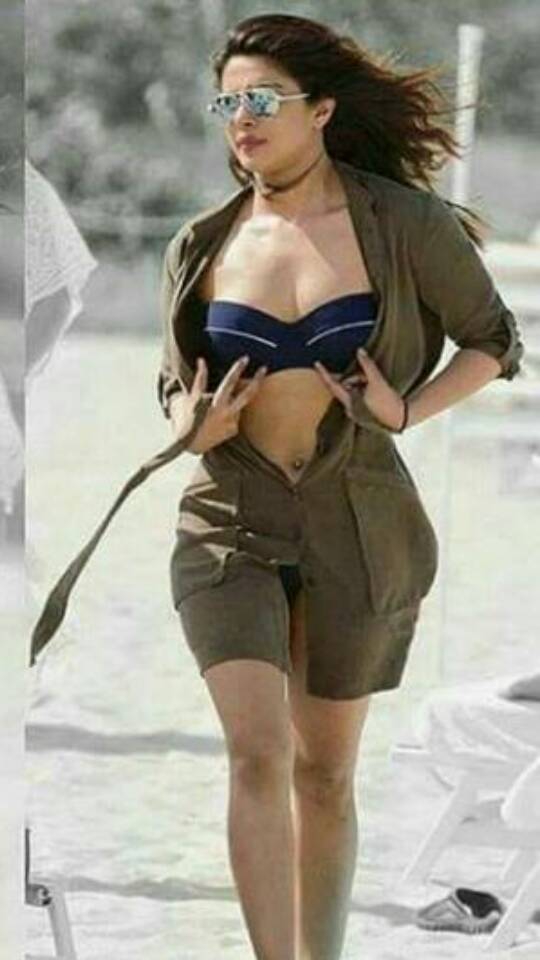