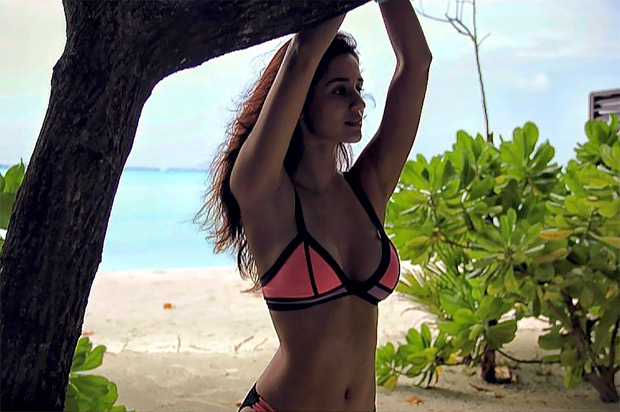 Last year we saw Disha Patani wow the audience in the film M. S Dhoni – The Untold Story, and earlier this year she managed to do it again but this time in the action film Kung Fu Yoga that featured the leading Chinese actor Jackie Chan. But away from films, Disha has been sending temperatures soaring with her social media posts. After sharing a small clip of her doing some water yoga in a bikini, Disha Patani set the social media buzzing yet again with her more than racy image.

Talking of Instagram, the actress recently posted a throwback image of her chilling on the beach. Captioning the image that sees her enjoying the wind in a two piece bikini, she added, “#throwback. Beach life. missing the breeze”.

Interestingly, though this isn’t the first time Disha Patani has taken to social media sharing a rather racy image. The actress recently was in the middle of a controversy after pictures of her more than revealing outfit at a popular awards function viralled on the web.

Disha Patani raises the heat with a…