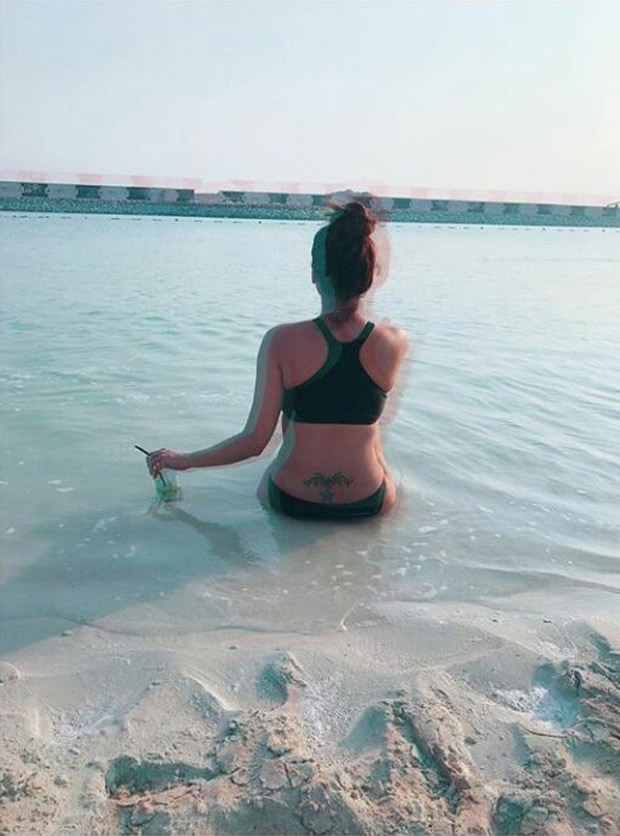 Her latest Instagram picture is in sync with her image of a sex siren. The picture is taken from behind and shows Daisy in a black bikini. She is sitting in shallow-deep water in a beach and is holding a drink glass in her left hand. What’s striking in the picture is the tattoo on her lower back. “Sunday #beachbumming” is the caption with this picture. Another interesting element is the picture has a blur effect which makes for a great watch.

Daisy Shah’s upcoming film is Ramratan. There were reports that she is a part of Salman Khan’s Eid release Race 3 but she has denied the news.