What a spectacular year this is for Hindi cinema! Starting with Padmaavat on January 25, success after success has spilt out of the turnstiles making this the most prosperous year for Bollywood in many years. 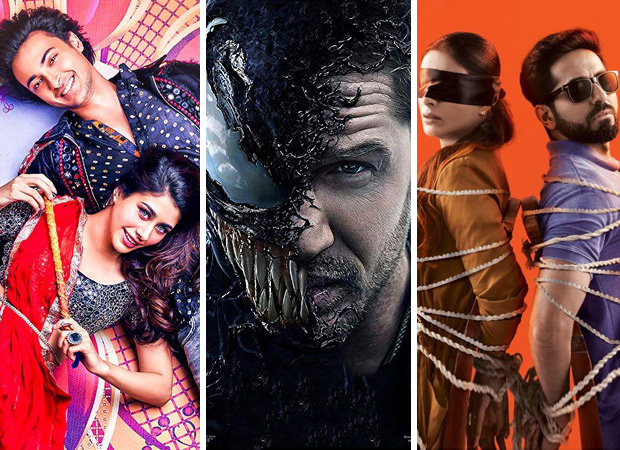 After Padmaavat the list of super hits/hits/earners is impressive to say the least. Now with Yash Raj Films’ Sui Dhaaga - Made In India showing every sign of becoming yet another winner in a year clogged with triumphs, Bollywood producers are looking with heightened hope at the rest of the year.

And for once there is no fear of competition in Bollywood from Hollywood. The eagerly awaited Venom is already getting scathing reviews with critics dubbing it, “a trainwreck of a movie” and a “massive mess.” Clearly, Venom is poised to collapse with a shattering thud whereas Sriram Raghavan’s Andhadhun is already being called the best film of the year.

That’s what we all said earlier this year when we saw Shoojit Sircar’s October and Sharat Kataria’s Sui Dhaga.

So who’s afraid of Hollywood? At the moment, no one, actually. “Give the audience a solid plot and an engaging film, and they don’t care a damn where the film comes from,” says Raghavan.

Producer Pahlaj Nihlani who is planning to release his Govinda starrer Rangeela Raja very shortly wonders why Hollywood cinema is made into such an intimidating entity. “If we give the audience a good film, no Hollywood film can come in the way, and how many Hollywood films have really made big profits in India except Black Panther and Avengers Infinity War? The really good Hollywood films don’t do well in India.”

Nihlani has a point. This week’s highly-rated remake of the 1953 classic A Star Is Born featuring Bradley Cooper and Lady Gaga is flying over India.

“Hollywood musicals don’t do well in India. Even La La Land and Mama Mia bombed,” says an unofficial source. However A Star Is Born will release in India on October 12 a week after its American /British release, because there is less competition from Bollywood next week.

This week Andhadhun is a film Indian audiences want to see because the critics say so. And LoveYatri because…well, Bhai (Salman Khan) says so.