The long wait is about to get over. Avengers: Endgame, the 22nd film in the Marvel Cinematic Universe is all set to release on April 26 and one can easily sense the excitement in the air. All the previous 21 films of this franchise have been immensely popular in India. The last Avengers film, Avengers: Infinity War released exactly a year ago and broke box office records. Trade and industry was left stunned as it opened at Rs. 31.30 crore and lifetime collections totalled Rs. 227.43 crore! For Avengers: Endgame, obviously the excitement is many notches higher. Yet, it led to another wave of surprise for everyone as the advance booking opened to a historic response on Sunday. A quick look on the booking websites will show you that almost all shows of the film are sold out for the weekend. There were reports of shows getting full in no time as soon as booking commenced. The multiplex chain Inox sold tickets worth Rs. 6 crore in a span of just 14 hours, which is unheard of. Other multiplex chains too reported historic advance sales, that too on the first day of bookings itself. 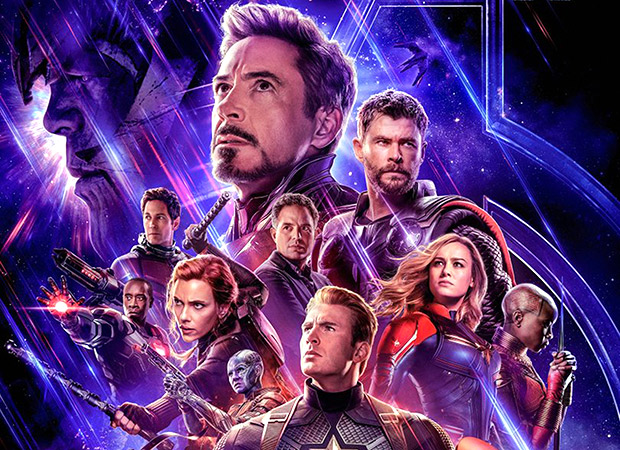 We spoke to trade on their expectations of the film and everyone is supremely confident that this film will emerge as a huge grosser. Many even feel that it’ll emerge as the first Hollywood film to get into the Rs. 300 crore club. Trade analyst Taran Adarsh says, “It has all the chances, hype and craze to hit the Rs. 300 crore mark. It has the potential to be the highest grosser of Hollywood films in India. The advance booking is unprecedented, unheard of and unimaginable”. Raj Bansal, the owner of Entertainment Paradise in Jaipur, meanwhile asserts, “Forget Rs. 300 crore. Looking at the craze, I feel even Rs. 400 crore lifetime is possible!” Trade analyst Atul Mohan puts the lifetime prediction at around Rs. 300-350 crore. Harveen Singh, distributor from Rajasthan, on the other hand, explains, “Yeah it can surely do Rs. 300 crore if it’s as good as or better than the last Avengers film.” Regarding the advance sales, he tells, “Yes it’s very excellent. Even Salman Khan and Aamir Khan-starrers don’t see such bookings.”

Girish Johar, film trade and business analyst, is a bit cautious as he emphasizes, “It definitely has a shot at Rs. 300 crore lifetime. The advance bookings and the hype not just in India but across the globe are huge and it’s going to be mayhem at the box office for sure. Whether or not it crosses the Rs. 300 crore mark depends on how well it connects with the Indian audience. But the issue is that if we wait for the film to earn Rs. 300 crore and if it say stops Rs. 5 or 10 crore below the coveted mark, it’ll be seen as below-expectations performance. Hence, I don’t want to put the film in that bracket. And anyways, a film doing Rs. 150 or Rs. 200 or Rs. 250 crore is also a feat. How many films in a year can achieve these milestones?”

One might argue that looking at the craze of the film; it can break all records in India, including that of Baahubali 2: The Conclusion, which collected Rs. 510 crore in the Hindi version. However, Avengers: Endgame is expected to release as of now in approximately 2600 screens, while big Hindi films usually release in 4000+ screens. The reason for it is that it will release in only 2k and 4k screens and not in theatres having lower quality projection system. As a result, the collections won’t go beyond a certain figure in India. Raj Bansal on this says, “In 3 days itself, it can earn Rs. 150 crore. But if it gets around 2000 screen release, then Rs. 150 crore in 3 days is not possible. But if reports are good, then in the long run it’ll emerge as a huge grosser as its shows will also increase. Otherwise with a release in 2000 screens, first day earnings can be around Rs. 38-42 crores and the three day earnings will be around Rs. 125 crore.” Girish Johar reveals, “The distributors are planning a wide release. Avengers: Infinity War released in 2200 screens and if all goes well, this might have a 3000 screen release. On Wednesday, a clear picture will emerge.” And Atul Mohan says, “It’s around 2600 screen release. The last time for Avengers: Infinity War, they had less screens and yet they managed to collect Rs. 227 crore. This time they have around 500 screens more. So the film will earn 25% more than Avengers: Infinity War. Also, the craze at that time was there but not as historic as it is for Avengers: Endgame.”

Two more factors have come to the aid of Avengers: Endgame. Firstly, Kalank, that released last Wednesday, has not worked. It’s a big multi-starrer Hindi film and there were lot of expectations riding on it. Says Raj Bansal, “We had feared that if Kalank was a huge hit, then it’ll be difficult to accommodate Avengers: Endgame alongside. But now, that won’t happen as the former has underperformed.” Even Atul Mohan agrees with Raj on this. Secondly, the election phase four will be on Monday April 29. 71 seats will go on polls, including Mumbai city. So Avengers: Endgame will have a four-day weekend of sorts in Mumbai city. Atul on this says, “It is a holiday in some parts of the country due to elections. Aap vote daalne ke baad kya karoge? Either you’ll vote and then watch the film or vice versa. Also, Mumbai is a big market for Hollywood films and the movie will definitely benefit.”

As aforementioned, Avengers: Infinity War opened at Rs. 31.30 crore. What are the expectations from Avengers: Endgame? Taran Adarsh remarks, “It is too early to say. Also, the final screen count is not out yet. But there’s no denying that Avengers: Endgame will have the highest opening day ever for a Hollywood film. It’ll be competing with the biggest of Bollywood films.” Girish Johar is sure the day 1 figure will be much higher than Avengers: Infinity War while Atul Mohan predicts Rs. 40-45 crore opening.

If Avengers: Endgame does manage to get a wide release, even in non 2k and 4k cinemas, then sky is the limit for this Hollywood biggie. But even with a restricted release, one thing is for sure – history is about to rewritten!