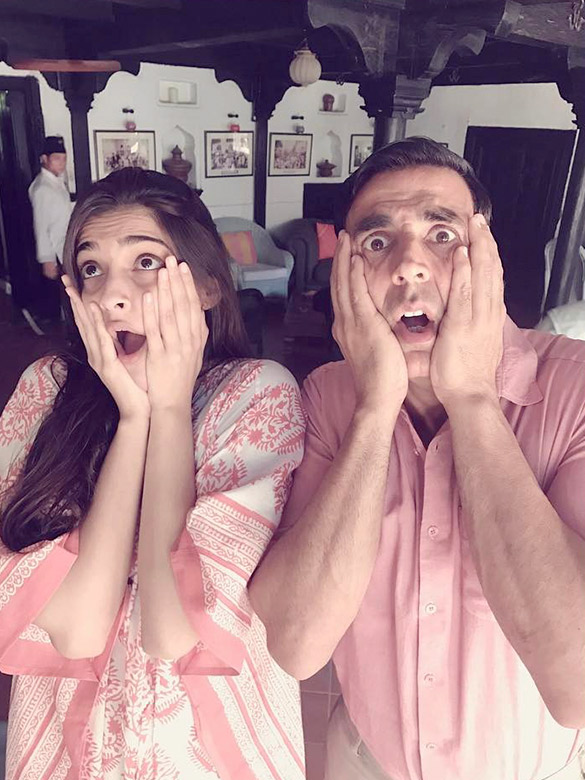 Earlier today the winners of the 64th National Film Awards were announced. And along with obvious winners, there were a couple of surprises in store as well. While the Sonam Kapoor starrer Neerja that created quite an impact among the audiences was expected to bag one award, Akshay Kumar won the Best Actor award for Rustom.

Reacting to the win, both Sonam Kapoor and Akshay Kumar who incidentally are shooting together for PadMan took to the social networking site Instagram sharing their feelings. Posting a shocked and surprised image, Sonam Kapoor added, “Who would've thought!! Shocked and grateful!! All the way from maheshvar!!! #nationalawards #neerja #rustom @akshaykumar”.

Similarly, Akshay Kumar too took to Instagram sharing a video with his thoughts and thanking everyone. Posting the video he added, “#NationalFilmAwards : Best Actor for #Rustom...countless emotions, very hard to express my gratitude right now but still tried,a big THANK YOU”. Later reacting to Akshay Kumar's win and sharing her joy Twinkle Khanna too took to twitter saying, "I don't know if I am crying or laughing-emotions all over the place-So proud of you @akshaykumar you smart, humble, amazing creature!".

Back on the film front, Akshay Kumar who recently wrapped up shooting for Toilet – Ek Prem Katha is currently busy shooting for PadMan.