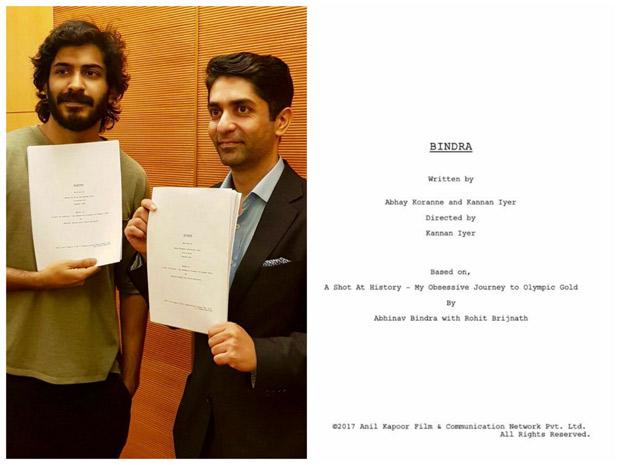 Although we haven’t seen much of Harshvardhan Kapoor on the big screen after his debut Mirzya, the actor is said to be prepping for a couple of Bollywood ventures. With his Bhavesh Joshi currently being kept on hold, Harshvardhan seems to be leaving no stone unturned for the biopic on Olympic shooting champion Abhinav Bindra, which can very well be called as his second film in B-town as of now.

Harshvardhan Kapoor, while earlier had stated that the preps are on full swing for the Bindra biopic, he recently spoke about the progress on social media. He took to Instagram to share pictures of his recent meeting with Abhinav Bindra since the biopic is being made with the help of Bindra who is assisting the makers in creating the adaption of his story on the silver screen.

Whilst posting pictures of it, Harshvardhan also spoke about his experience of working with Abhinav Bindra as he finds him to be a person who is hard to please. Here’s what his caption read on the platform, “For someone who's chased perfection all his life, @Abhinav_Bindra can be a hard man to please to some. But I think he's happy with the writing...” 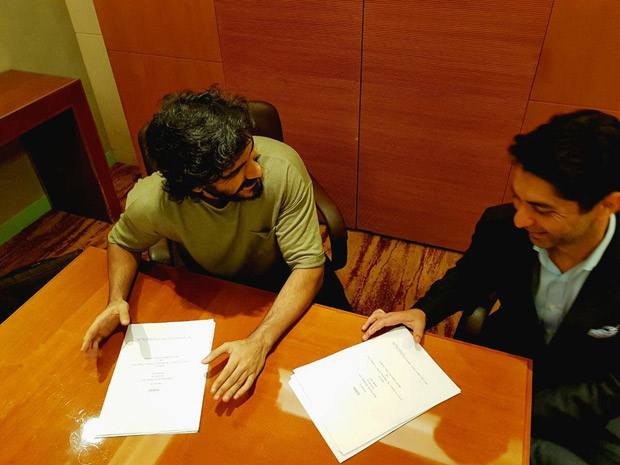 The Abhinav Bindra biopic has been in the pipeline for long and explaining about the same, Harsh said, “We are being as real to his story as possible. It was surreal to watch him listen to the cinema adaption of his own story. We've been working on the script for the last 6-8 months to make sure everything is authentic.” He went on to add on social media, “Shoot begins fall 2018 @anilskapoor #BindraTheBiopic #BindraTheMovie #BhaveshJoshi #Mirzya #Cinema #2018shoot @abhaykoranne #kannaniyer.”

The biopic is also special for Harshvardhan Kapoor for yet another reason since it will feature his real life father Anil Kapoor as his reel life father in the film. While Anil Kapoor hasn’t shared screen space with daughter Sonam Kapoor after the latter’s debut in Saawariya, it is interesting to see the father-son sharing the silver screen at such an early stage of Harsh’s career.

Bellbottom, Chehre, Shang-Chi, No Time To…