Bigg Boss 13 star Shehnaaz Gill has quite a loyal following. Ever since her stint on the reality show, hosted by Salman Khan, she has become a fan favourite. Not only that, he specific line from the show has gone so viral on social media; she became a viral meme in 2020. 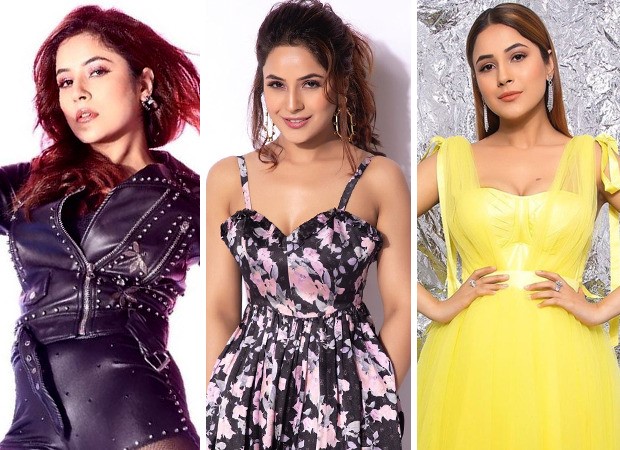 Shehnaaz Gill has never failed to impress the audience with her cute antics and her impeccable style. It's her 28th birthday today and she kicked off the celebrations are midnight with her family and Siddharth Shukla! Today, we pick 5 of her best looks from her fashion archives.

Florals have made a huge comeback and we're living for it! Gill looks like an absolute cutie in this sweetheart cut dress. She looks like a doll and we're loving the style pick.

Shehnaaz Gill pulls her desi looks off with unmatched grace and élan and no one can deny it. She wears a fiery red lehenga with a cropped choli and we love it.

The Bigg Boss star opted for a full leather outfit with black boots and wavy hair with a fresh face ofmake up. She looked like an Instagram baddie and we are living for it.

Shehnaaz looks like a yellow fairy in a tulle yellow gown with bright pink pumps. She kept her look minimal and that was the best part about it!

Gill is pulling off colourful jeans with style and she nails the contrasting shades look. She styles her pink pants with a blue square neck top and she looks like a million bucks.

Also Read: Shehnaaz Gill keeps it fresh with pop of colour as he receives special award from fans