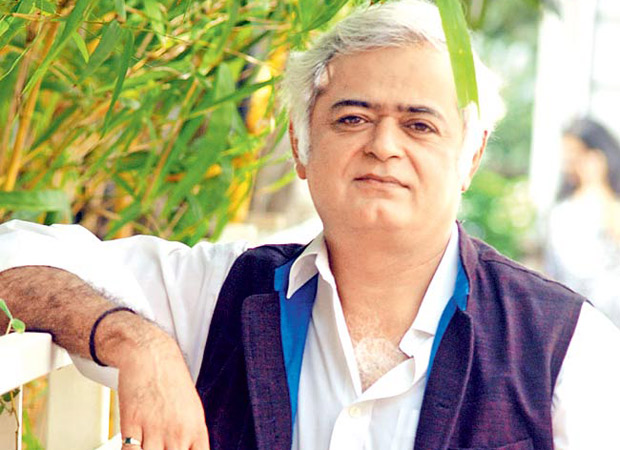 Hansal, while muck has been flying all around you, you've been very quiet. How do you look back on all the controversies surrounding Simran? Do you regret not speaking out when writer Apurva Asrani raised a stink about his credit quotient in Simran?
I said whatever I had to then and there is nothing more that I will say in the public domain. I was definitely saddened but I will continue to remain silent.

A lot has been said about how Kangana Ranaut "took over" the project Simran from you and virtually ghost-directed the film. Please clarify once and for all about the extent of Kangana's contribution?
Kangana Ranaut has collaborated closely on the film and I have always seen that with a lot of positivity. There is a lot her contribution has lent to the final film and I would rather celebrate that than respond to insinuations and hearsay. After having spent 20 years making many different kinds of films I feel I don’t need to clarify this matter any further as it gives unnecessary attention to people who thrive on spreading malice.

What was it like shooting a film so far removed from your normal reflective brooding style?
As a filmmaker I wanted to challenge myself, do something that pulled me out of my comfort zone. I try doing that with every film. Hence, Aligarh was very different from Shahid in terms of tone, pace and treatment. Similarly, Simran had to be a departure from Aligarh. What is common in each of my past films is their focus on the characters and their spaces. That focuses remains in Simran. I’m proud of the fact that a migrant Indian girl’s life and space are explored with authenticity. Simran remains an intimate portrayal of the Indian diaspora living in the USA. Hence the claustrophobic spaces, the blue-collared jobs, the reconditioned cars and distant suburbs.

Simran is about the financial desperation of a woman. We feel no compassion or empathy for this woman. What made you choose this subject?
Simran’s Praful Patel will be seen as a memorable character in the years to come. There is nobody quite like her! She is an unapologetic badass and she represents a spirit of independence that we celebrate in men and resent in women. The character study was fascinating; the world of the character was something that was never explored before. The journey of this character has emerged into something almost metaphorical and in the darker moments of the film there is an almost profound lightness. I’m very proud of the film. it has received both criticism and love which I accept with humility.

The censor board asked for 10 cuts in Simran. Did that surprise you considering the Pahlaj factor had been replaced by the Prasoon element?
I’ve always maintained that we have to rise above individuals if the CBFC has to be effective. That will only be possible if the outdated guidelines that govern censorship in India are changed keeping in mind the times we live in and the digitized world we inhabit. Until that happens we will keep lamenting cuts ordered by CBFC and nothing will really change. As for the cuts ordered in Simran, they were minor cuts that did not hamper the film’s narrative in any way. I carried them out because I did not see the point of fighting what was essentially the result of the dated guidelines and their ambiguous interpretation by members of the examining committee. What surprised me was that this news was all over the place the moment I left the CBFC screening of Simran. Obviously, somebody within the board was gleeful that they had got me by the b..ls and had already informed all and sundry about the cuts. I’m actually glad that whoever ‘spilled the beans’ had his/her moment in the sun.

Tell us very frankly, what it was like working with Kangana Ranaut. And would you work with her again?
Kangana is a very fine artiste and one of the best actors we have today. If I have a subject that both of us agree upon I would love to work with her. We know each other and our respective working styles well enough and there is no reason to not continue making films together whenever the opportunity arises.

Do you approve of her speaking on her personal life and the men she loved at events meant to promote Simran?
I’ve said before that she answered the questions that were asked of her. She answered those questions unflinchingly and I salute her fearlessness. She is one of a kind and we should celebrate that. I wish the wise persons who raised these questions about her personal life would also be asked the same thing - did they have nothing else to ask her?