American singer Halsey is set to begin 2020 with a bang as she will be releasing her third studio album, ‘Manic’. It is one of the anticipated albums of the year. On Friday, the 25-year-old singer unveiled 'You Should Be Sad' music video which gives country vibes. 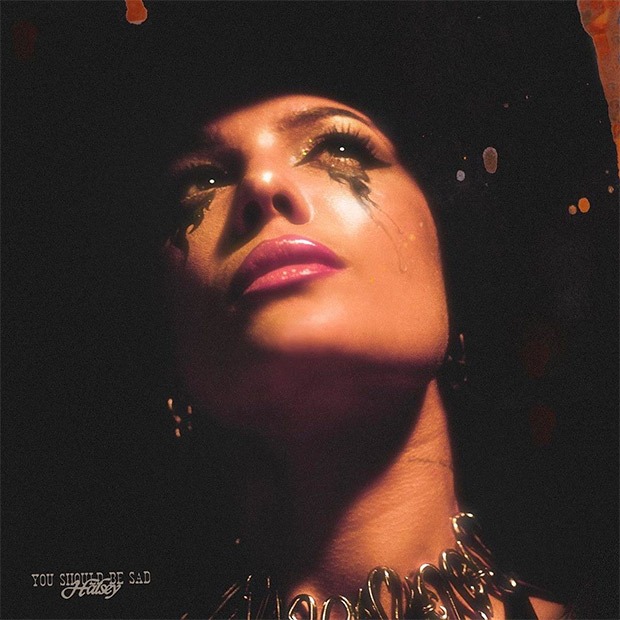 Acoustic guitar, country vibes, and a dance-based visually appealing video - that is Halsey's new track is all about. Known for her storytelling, the singer reveals that about her break up with a man who broke her heart but she is in the process of headling. Halsey has found the silver lining and realized he was not the man she thought he was.

The lyrics go, "No you're not half the man you think that you are / And you can't fill the hole inside of you with money, drugs, and cars / I'm so glad I never ever had a baby with you / 'Cause you can't love nothing unless there's something in it for you."

Another emotional verse, "Oh, I feel so sorry, I feel so sad / I tried to help you, it just made you mad / And I had no warning about who you are / I'm just glad I made it out without breaking down / And then ran so f--king far / That you would never ever touch me again / Won't see your alligator tears / Cause, no, I've had enough of them."

Halsey sports glittery makeup while dressed in black bikini and matches her cowboy boots and hat. The video has references to iconic singers - Shania Twain Christina Aguilera and Lady Gaga. Wearing the iconic leopard leotard from 'That Don't Impress Me Much' music video, Halsey pays homage to the singer.

Confirming the same, she further wrote, "Xtina, Gaga, Carrie, and of course Shania, this was one loaded with nods to badass idols of mine. Had the vision to do a “before he cheats” but instead about after he does haha."

It actually is a Gaga reference! But it’s not that one specifically. It’s me referencing Gaga who was referencing Bianca Jagger in AHS Hotel ???? https://t.co/Eh6e8tULXS

Xtina, Gaga, Carrie, and of course Shania, this was one loaded with nods to badass idols of mine. Had the vision to do a “before he cheats” but instead about after he does haha.

every song has its own identity! I’ve always said “the album changes its mind as often as I do.” https://t.co/4CNyBpYnrB

The most petty and heartbreaking songs all come from country. I wrote YSBS on my living room floor on my guitar. Lots of time in Nashville too ???? https://t.co/MRqBD9aaNb