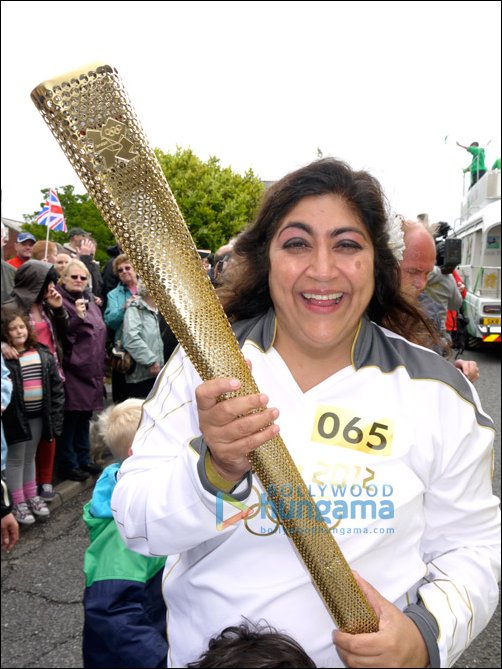 Bend It Like Beckham director Gurinder Chadha ran with the Olympics torch on Saturday in the small English town of Blackpool where decades ago she had shot her first feature film Bhaji On The Beach.

Says Gurinder, "It was a complete and utter exhilarating experience, I am honoured and blessed to have been selected as one of only a few thousand out of all of Britain's 56 million population to run with the Olympic flame. I shall treasure my torch and display it in my house next to my OBE!"

Gurinder could barely contain her pride, "My goodness, I don't think my parents would have ever imagined I would have such honours showered on me when they first arrived on British soil in the sixties. I am proud to be a British Punjabi and when I first took hold of the flame I said to myself 'Bole Sonihal'. It has been a great day for me and my community!"

"Lady Mountbatten went from a life of…

"The film has been a huge critical and…

Huma Qureshi talks about Partition: 1947 and…

"I thought it would be insulting to focus on…