Gully Boy is making waves and in the right direction. The film starring Ranveer Singh and Alia Bhatt brings the underground rapping scene on the big platform and the audience is loving it. The entire ensemble cast and director Zoya Akhtar are receiving appreciation from all sides. 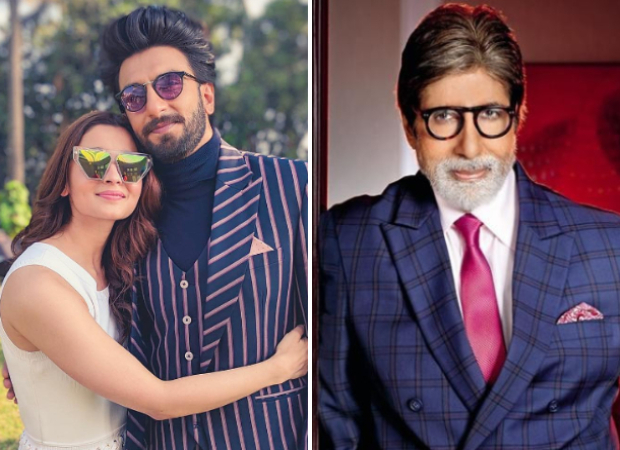 This past weekend, megastar Amitabh Bachchan sent out handwritten letters to the Gully Boy cast members and praised their work in the film. After sending the newbie Siddhant Chaturvedi a letter and bouquet of flowers, Ranveer Singh, Alia Bhatt and Vijay Varma received the same. The three of them took to their respective social media handles to thank the megastar for his heartwarming gesture.

Ranveer Singh shared a picture of the letter and flowers and simply wrote, " सबसे ख़ास पुरस्कार (Biggest Award Ever) @SrBachchan."

Alia Bhatt too shared a photo and wrote, "It's not everyday you receive a letter from the legend. Grateful."

Its not everyday you receive a letter from the legend. Grateful ✨????????

Vijay Varma, who essayed the role of Moeen, had earlier starred in Amitabh Bachchan starrer Pink. Sharing a selfie and the letter, he wrote, "That’s it! Thappa lag gaya:) I’m so honoured and touched by your kind gesture @SrBachchan sir. It took me some time to process this one. Always in awe and love???????? #Gullyboy #Moeen."

That’s it. Thappa lag gaya! I’m so so honoured and touched by your gesture, Sir. Always in awe and love, your biggest fan, Vijay. #GullyBoy #Moeen

Gully Boy is a story inspired by rappers Divine and Naezy. The film released on February 14, 2019.