Siddhant Chaturvedi woke up to an overnight fame in Bollywood after he rocked his performance in Gully Boy. While the film was dominated by impressive performances of Ranveer Singh and Alia Bhatt, Siddhant too shined bright and has even started enjoying a huge fan following. But amidst many of these actors, who have grown up watching movies, Siddhant too is a fan of someone – a superstar but not in Bollywood! The actor is a fan of Allu Arjun and he can’t wait to meet his favourite idol. 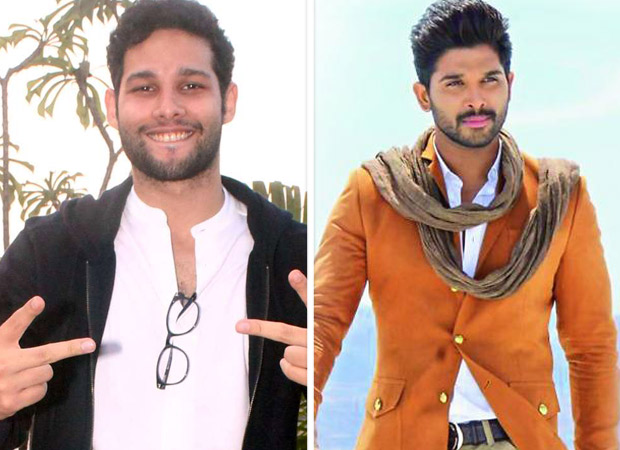 In a recent interview, we saw an excited Siddhant Chaturvedi who is super excited about sharing his love for Allu Arjun.  The actor was recently in Hyderabad attending an event wherein he was asked about his fandom for Allu Arjun wherein he confessed that it was the film Arya that made him a fan of the South actor. He revealed that he had watched the said movie when he was in college.

He also added, “I was blown away by his performance [in Arya] and then I watched his dance videos – ‘Top Lesi Poddi’, ‘Lover Also’, ‘Blockbuster’. I love the way he has got the swag and the moves. He is a style icon and he’s amazing. I would want to meet him the next time I am coming to Hyderabad.” He also expressed that he would run down to meet him even if he doesn’t come to the city with only this reason!

Siddhant made sure that he also requested Allu Arjun to meet him once in this interview. He said, “Allu sir, huge huge fan sir. I want to meet you just one time.” With that he mentioned in MC Sher style that ‘do sher milenge toh machayenge!’

Siddhant Chaturvedi gained fame as a rapper in Gully Boy which is directed by Zoya Akhtar. The film that released on February 14 was based on the life of street rappers with Ranveer Singh playing the protagonist and Alia Bhatt playing his love interest.