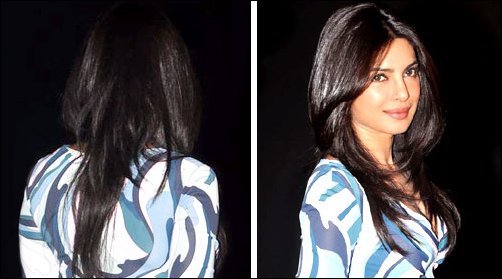 It's yet another Monday morning and time to get back to the grind, and what better way is there to kick start the week than with the famous mind game on Bollywood Hungama in the form of the Guess Who?

This week, we feature a damsel who entered the film world, post winning one of the most coveted beauty pageant crowns in 2000. Making her debut in film in a Tamil film two years later, she soon migrated to Bollywood with a film for which she even won the 'Best Debutante' award.

Ever since then there has been no looking back for this leggy damsel with her latest film released just last month, she is currently one of Bollywood's most sought after actresses. If you think you know who we are talking about then go ahead and give this week's Guess Who a shot and post in your answers below: