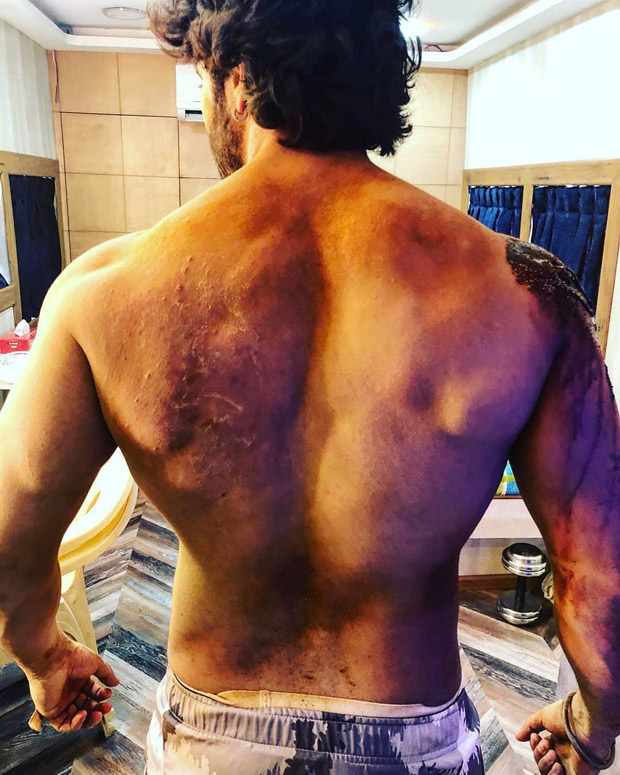 On Wednesday, Varun Dhawan shared a photograph of himself showing off his bruised back. It seems like the actor was shooting an intense action sequence and his back now has scars. Sharing a photo of himself, the 31-year-old actor wrote, "#KALANK- battlescars. #therealdeal."

In a recent video, Varun showcased his well-toned chiseled body while working out in the gym and prepping for the battle sequence. He shared a video of himself sweating it out at the gym and captioned it, "I have been training and trying to get stronger for a crazy action sequence for Kalank. My trainer made me try something new today. P.S the mark on back is from cupping."