Zee TV's show 'Guddan Tumse Na Ho Payega' has captured the hearts of audiences with its unique and never-seen-before concept revolving around the country’s youngest Saas, younger than the bahus of the household she marries into! The show has now reached an incredible milestone as the cast recently shot for the 500th episode and to mark the occasion, the cast and crew of Guddan Tumse Na Ho Payega gathered for a small celebration on set which included a cake-cutting and plenty of selfies by actors with the behind-the-scene heroes of the show. Guddan Tumse Na Ho Payega has been entertaining viewers from the last 2 years, revealing interesting stories from Guddan (Kanika Mann) and Akshat’s (Nishant Singh Malkani) love life. The show recently witnessed a 20 year leap after the tragic death of Akshat and Guddan as they attempted to save their only daughter. While television actor Savi Thakur is the new male lead of the show, essaying the character of Agastya Birla, Kanika Mann who flawlessly brought alive the character of Guddan on-screen, is now seen playing the role of her own daughter, Choti Guddan post the leap. 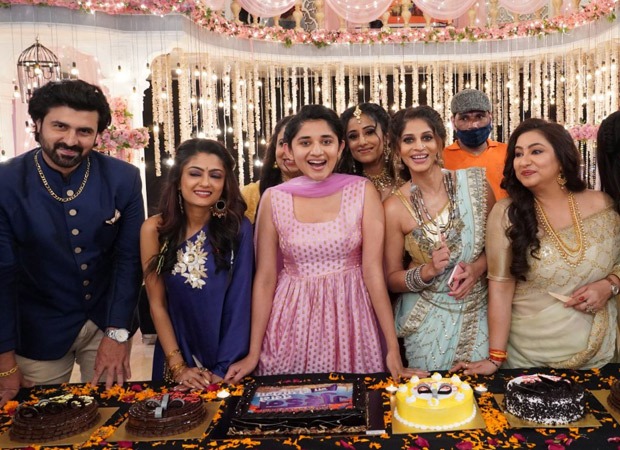 The story is about to get more intriguing and entertaining as Guddan will try to save her own restaurant by catering for Agastya’s wedding. Sharing her excitement on the show’s achievements, Actress Kanika Mann who plays the role of Guddan, shared, “I always had a very strong feeling about the show when I first read the script. It was fascinating yet unique at the same time. So, bringing it to life and seeing the kind of response that we did, made me the happiest. Reaching 500 episodes is truly an amazing feeling! I must also share that the show has taught me a lot about myself, my beliefs and I have truly seen myself grow with each passing day. I would really like to thank my co-stars, the crew, Zee TV and all our fans for making this possible.”

Actor Savi Thakur who plays the role of Agastya in the ongoing post leap of the show, is overwhelmed by the love and appreciation shown by the fans. He added, “I am both delighted and humbled by the response the show has received. They have accepted us and Guddan Tumse Na Ho Payega in a way I could have never fathomed. I’d like to thank all the viewers for helping us take the show forward and I hope we continue to accrue the love of our fans.”